Hospitality industry unites to save our restaurants, bars and cafes with new campaign from The C-Suite and Heckler 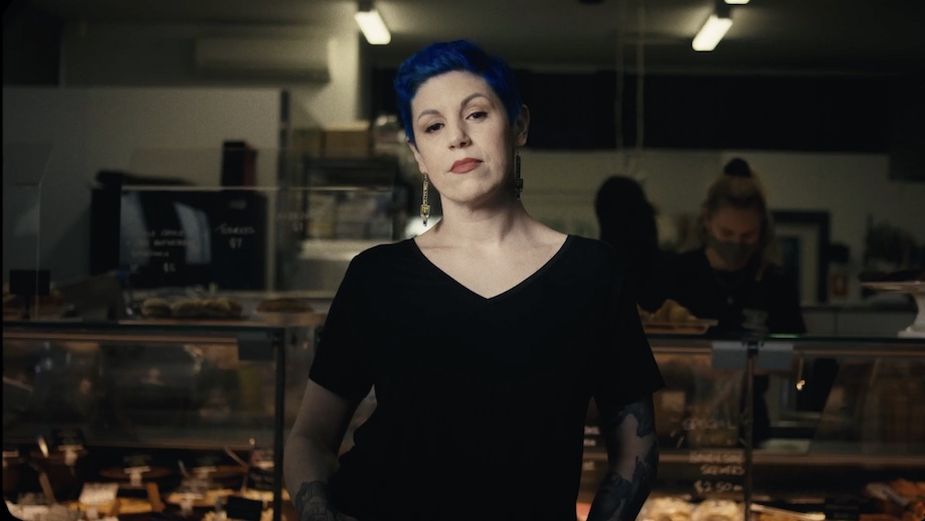 Today, the pro-vaccine campaign to support Australia’s beleaguered hospitality industry #putajabonthemenu has launched nationally across Australia, via The C-Suite, featuring an epic 60-second film to be aired across Foxtel, SBS and Channel Nine, as well as social films, radio ads and a print campaign running across all of News’ metro newspapers as well as Fairfax publications.

Quite a feat, considering the entire campaign was created in just three weeks, with zero funding and was shot right across the country, from Tasmania to Queensland, Sydney to Melbourne, bang in the middle of border lockdowns.

As David Nobay, founder of Sydney-based The C-Suite, who wrote and designed the campaign explains: “Personally, I think this body of work would be pretty impressive if we’d had twice the time and a reasonable budget. What makes it special for me, is the tenacity, ingenuity and pure creativity of the team I managed to pull around the project. Within hours of me scribbling out the first script, Will Alexander was on-board as our EP, along with his entire Heckler team, including editing and sound. I can’t think of anyone I know in this industry who would have even entertained my pitch three weeks ago, just as Sydney woke up to how bad the spread of COVID was getting. But Will wrapped his arms around the obvious, physical challenge and threw everything at it. You can’t pull off projects like this, at this kind of pace, without the support of people like Will.

“My next call was to our director, Susan Stitt. “Stitty” and I have collaborated for years. She actually created my very first ArtBreaks film for the ABC, and I’ve been a fan of her incredible eye as a cinematographer and photographer forever. However, the reason why Stitty was such a no-brainer for this project was that, aside from her firepower as a filmmaker, she’s also a bona fide restauranteur: in the nineties, she owned POND, a two hatter Sydney restaurant that launched the careers of both Peter Gilmore and Guillaume Brahimi. So, she gets the food industry on a visceral level. That insider’s-eye is evident right through the film we created. Bringing her into the team early on also won us the support of Industry Ambassador, Guillaume, whose gentle nudging helped get so much of the massive media support we’ve received over the line.”

As Susan Stitt explains, directing a national film shoot during a national lockdown demanded some true guerrilla filmmaking: “I’ve always loved working with Nobby because he trusts you 100% to do your thing. He never over-thinks or over manages the creative process, which is exhilarating, and slightly terrifying, in a fun way. But for this project, the real constraints were physical: the day after he signed me on, Queensland, where I was working at the time, closed its border to NSW. I realised there was no way we were going to shoot as much raw footage as we wanted, right across the country, unless we mobilised every DOP I knew to shoot whatever restaurant was on their own doorstep. It sounds insane from a management POV, but we DOPs are a pretty tight tribe and thanks to my mates at the ACS (Australian Cinematographers Society) we pulled off the seemingly impossible and shot nearly every frame we wanted, across the country, in less than two weeks. It was a chaotic, but equally beautiful journey because every one of the team, from our amazing editor Andrew Holmes, to our incredible sound guys, Johnny and Dave at Heckler Sound, were all in this because we believed in the project and what Nobby was trying to pull off. Zero budget, but 100% creative respect and trust. Works for me, and certainly shows in the films we created.”

“Why did I bother to do this?” explains Nobay. “Because, some of my best mates, like Maurice Terzini (his restaurant, Icebergs, is featured in the film, along with his voice) run restaurants. My son Oscar, who has a cameo in the film, is a cook himself who literally grew up in Maurice’s kitchens. For me, the best restaurants are really creative departments, who make food instead of ads. Ultimately, it’s about creativity and courage and a vision for them, just like it is for us in advertising. And, if we don’t get back to open doors very soon, some of the most hard-fought brands in hospitality are going to fade away. For me, that alone makes the work that’s gone into this worthwhile. We’re also expecting an epic dinner for the whole team when this lockdown is over!”