Show will take place at Alice Tully Hall, Lincoln Center on May 8th 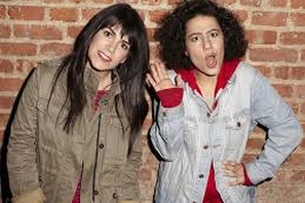 The One Club today announced that Broad City creators Ilana Glazer and Abbi Jacobson will host the 42nd Annual One Show Awards, the most prestigious international awards show honoring the best in advertising, design and marketing communications.

Ilana Glazer and Abbi Jacobson are co-creators of Comedy Central's hit series Broad City, which was nominated for a Critic's Choice Award for Best Comedy Series. Ms. Glazer was nominated for Best Actress in a comedy series and, next up, can be seen starring in Jonathan Levin's movie Xmas starring Seth Rogen and Joseph Gordon Levitt. The comedic duo is currently developing a movie with FOX, which Paul Feig is producing.

"In a year where humor saw a resurgence following a few years where 'sadvertising' predominated, Ilana Glazer and Abbi Jacobson are the perfect hosts to reflect the current industry sentiment," said Kevin Swanepoel, chief executive officer of The One Club. "Our industry is very much about staying ahead of the curve, and Broad City is definitely on the cutting edge of entertainment. Benefiting from their comedic talents and some of the best creative work we've seen in years, The One Show 2015 will be a spectacular production."

The One Show will take place at Alice Tully Hall, Lincoln Center on May 8th, capping off a weeklong festival of events and presentations at Creative Week.