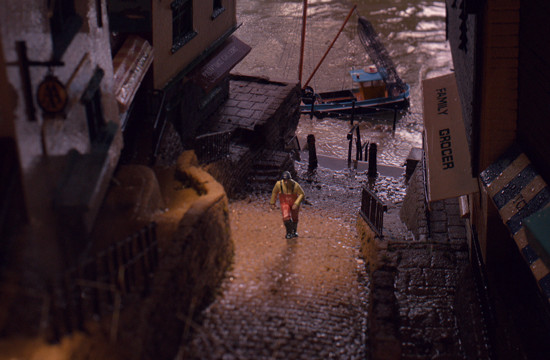 Morwenna Banks, Peppa Pig, BBC Olympics, The Amazing World of Gumball and an ad for Talk Talk were amongst the winners at the tenth British Animation Awards (BAAs) held on Friday at the BFI Southbank.

Attended by the great and good of British animation and hosted by comedian Aisling Bea, the biennial British Animation Awards honour the finest achievements in animation produced in this country over the last two years.

Magic Light Picture’s Oscar-nominated animation of Julia Donaldson’s Room on the Broom swept up the BAA in the Long Form category beating off stiff competition from Aardman Animations’ Pirates! On an Adventure with Scientists and Lupus Films’ festive Channel 4 hit The Snowman and the Snowdog.

The Best Music Video category was won by Andrew Thomas Huang for his innovative film for Atoms of Peace’s track Before Your Very Eyes.

The Best Short Film award went to Royal College of Art graduate and 2012’s student award and BAFTA winner Mikey Please for Marilyn Myller, while the 2014 Student Award was won by Middlesex University student Antonio J Busto Algarin for The Day I Killed My Best Friend.  And Edinburgh College of Art student Ainslie Henderson won the Student Excellence Award for his film I am Tom Moody.

In the commercial categories, Mindfull, by Shay Hamias and Will Barras picked up the best APA 2D Commercial Award while Talk Talk: Model Britain, directed by Daniel Kleinman, was voted the APA Best 3D Commercial. RSPB: Vote for Nature directed by Morgan Powell & Neil Kidney for Seed Animation was awarded the honour for Best Commissioned Film.

In the Public Choice categories, voted for by the public at 14 special screenings across the country, Talk Talk: Model Britain picked up its second award of the night when it tied with WWF: We Don’t Farm Like This, directed by againstallodds, for Favourite Commercial, and Peter Baynton’s animation of Benjamin Scheuer’s The Lion won the Favourite Music Video whilst Car Park and Buy Buy Baby, by Ant Blades at Birdbox Studios and Gervais Merryweather NFTS respectively, shared the Favourite Film honour.

In the BAA Sting Competition, animators were asked to create a special sting for the Awards and the winners were picked by a jury. The winners were:  Katie Single from University of the Creative Arts (UCA) Farnham and Jack David Evans from the University of South Wales for the Student Category and Anthony Farquhar Smith from Th1ng for the Professional Category.

As ever, in place of a statuette, all the winners took home a BAA, a unique artwork created especially for the occasion by a range of leading international and UK animation artists.  In recognition of the awards acronym the artworks need to feature sheep with the option of a visual reference to the UK and animation.

BAA Director Jayne Pilling said: “We never ceased to be amazed by the astonishing strength and depth of the animation industry in this country and 2014 is no different. We would like to congratulate all our worthy winners for once again pushing the boundaries of art, technology and innovation.”