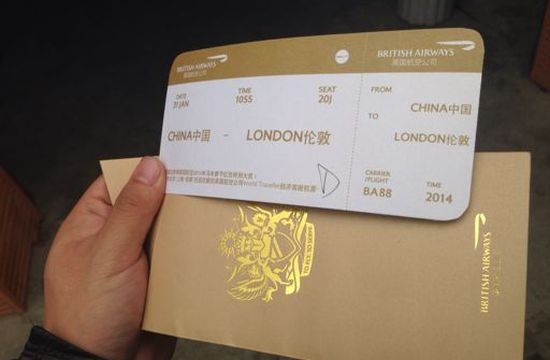 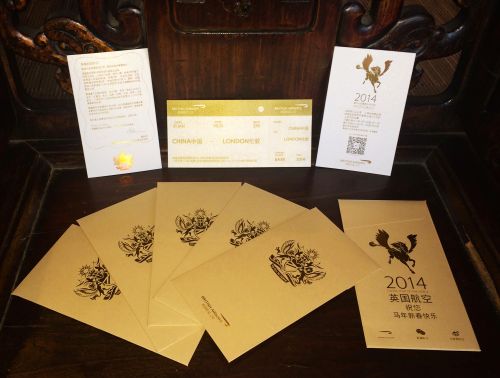 Reminiscent of the golden ticket giveaway in the movie “Charlie and the Chocolate Factory,” BA delivered 2014 custom-made red envelopes (monetary gifts given during Chinese holidays and special occasions) to the doorsteps of the first 2014 followers of its official WeChat account @英国航空(BritishAirwaysChina). Inside each red envelope was a new year greeting from BA regional CEO Tracy Dedman and promotional coupon worth 300 RMB (50 USD). Three exceptionally lucky, randomly selected followers also won roundtrip BA tickets for travel between China and London in their gold-colored red envelopes.

“Today travellers in China are learning more about us through social media than traditional media. For BA it is vital that we develop our mobile business in the China market where most consumers have gone straight to using social media and e-commerce on their phones instead of computers,” said Viktoria Williams, Marketing Lead, British Airways, Asia Pacific. “Social@Ogilvy’s campaign smoothed our landing into WeChat and we were delighted to have more than 10,000 followers join us within the first 10 days of its launch!” 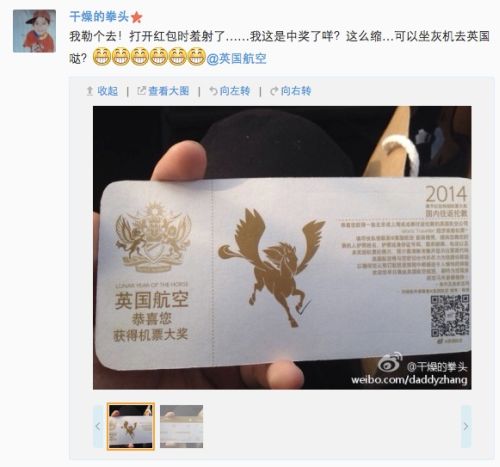 The red envelopes are emblazoned with a gold BA coat of arms that features its motto, “To Fly. To Serve.” and a vintage Pegasus icon to celebrate the Year of the Horse’s arrival. Recipients are encouraged to share their good fortune and give out the BA-branded red envelopes to family and friends.

"We knew there would be a whole bunch of HONGBAO (red envelopes traditionally filled with money and given to children at Chinese New Year) campaigns this year, so we needed something that would stand out,” said Jeremy Webb, National Director of Social@Ogilvy, China. “Our offline to online approach was all about creating a shared experience that would create suspense across the

community -- think “Charlie and the Chocolate Factory,” but in China... and with golden air tickets.”

The campaign ran from January 10-22, 2014 ahead of the Chinese New Year. Following the success of its first WeChat campaign, BA now plans to develop more in-depth customer communications and services for its WeChat portfolio.