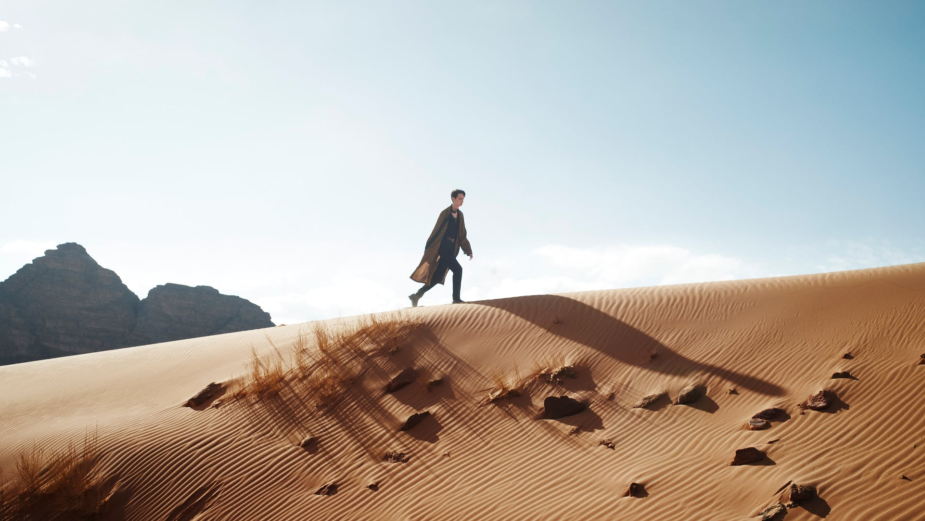 “This is the first time we've had our music used for something like this and it's both amazing and surreal to see it used alongside Jóhann Jóhannsson's music. His film scores for Mandy and Arrival in particular helped create new worlds for those films that have absolutely influenced our band's aesthetic and visual output," comments SCALPING.

SCALPING's highly anticipated debut album ‘VOID’ is due for release on 29 April via Houndstooth.  The record comes on the heels of an extremely exciting 2021 for the band, which saw them play to sold-out crowds at the Roundhouse twice in two weeks - both on tour with Squarepusher and at Pitchfork Festival London - as well as selling out their own headline date at Peckham Audio, and releasing two widely acclaimed EPs titled ‘FLOOD’ and ‘FLOOD Remixed’, the latter of which featured treatments from producers Hodge, Azu Tiwaline, object blue, AQXDM and Laurel Halo, and Scottish instrumental rock legends Mogwai.

The band is currently on an eight-date UK headline tour, culminating in a live performance at Fabric on 5 May. As live shows return in 2022, SCALPING will continue to prove themselves as one of the UK’s most impressive, ambitious, and original new live bands.