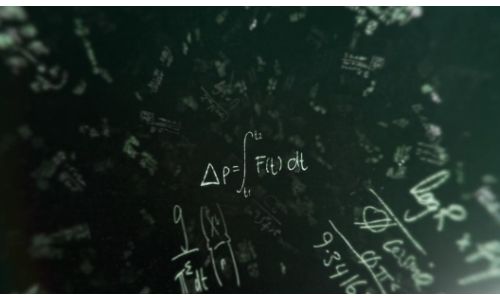 The animation/visual FX company Brigade put its unique skills to work for the New Mexico Department of Transportation (NMDOT), helping complete an uncommonly eye-catching 30 PSA entitled “Physics Professor."  Using their fast-moving methods for creative collaboration, Brigade assembled an elite team of artists that completed the visually arresting animation, compositing and particle effects from concept to final in under two weeks.

For the spot, NMDOT and agency VWK, Albuquerque, NM, called on Brigade to get the job done – and help start saving lives as soon as possible. The cloud-based studio that provides scalable creative teams for design, animation and visual effects, Brigade founder Dave Dimeola and Creative Director Sean Broughton hand-picked Flame, After Effects and Maya artists for this project from its carefully curated global roster.

In “Physics Professor,” the viewer has an immersive visual experience as smokey shapes fly through the screen in a black void. Each anomaly beautifully resolves into an equation drawn in chalk, calculating the probability and effect of various scenarios. Meanwhile, a professorial voice reels off the complex mathematics concerning momentum and velocity in rapid fashion. As the spot proceeds, the numbers reveal their true location; a chalkboard, scribed by a wise old academic who sums up all the science: “It’s quite simple really…avoid death or injury by always wearing your seatbelt.”

Brigade relies on its proprietary software suites, Flock and VES, to ensure maximum creativity, ultra-efficient project management and a positive experience for the artists and clients that it recruits for each project. Qualified artists get on Brigade’s radar either through personal referrals or by visiting the Brigade Website, where they can set up a profile to have their portfolio reviewed and vetted.

“Once the team members are booked in, they’re invited to a central secure location where they can share their project areas,” Dimeola explains. “Rough cuts of the NMDOT spot were uploaded to the central server, then distributed to the remote artists so they could begin working. Using Flock, we can track their progress, and scale the team up or down as needed throughout the project.”

Meanwhile, VES is a robust system that allows Brigade to effectively manage the massive media assets that projects like the NMDOT project generates.

“VES keeps the pipeline moving at maximum speed,” says Dimeola. “It keeps the team constantly informed on the project schedule, shot lists, asset tracking, rendering progress, and more. As a result, our creative directors and artists are consistently organized and in the loop with each other.”

Real-time visual interaction among the team members is an integral part of the Brigade process, which constantly incorporates Skype and Google Hangout to keep remote collaborators on the same page.

“We want to recreate the environment of everyone being in the same room, despite being hundreds or even thousands of miles apart,” notes Dimeola, who is a staunch advocate for technology’s role in remote working. “In a project like this, improved communication can be critical for realizing the client’s vision, on deadline.”

Senior After Effects artist and team member on “Physics Professor” Mark Rubbo has observed the myriad benefits of collaborating with Brigade on multiple projects.

“When I’m working with Brigade, it’s the ideal scenario for me as an independent visual FX artist,” Rubbo says. “Brigade brings in the client, and I execute the idea. It’s great to be a freelancer and focus on creativity, without having to work on sales. Once the project is underway, it’s a seamless process. Brigade has really honed the workflow for remote collaboration: Communication and feedback are constantly flowing. It fits right in with the way I want to work.”

The Brigade involvement resulted in a successful collaboration amongst creative’s that were in multiple locations. Tasks involved 3D animation, compositing, and advanced particle effects to generate the chalky environment and forming formulas.

“Our model is a win-win,” Dave Dimeola says. “There’s very little overhead in our structure, which keeps us cost-effective for the client. It’s also attractive for freelancers because they get the flexibility to work from wherever they want on something highly creative, and still make their desired rate. That’s a better quality of life, and we believe it leads directly to better work.”

Artists interested in working with Brigade are invited to login to the “Remote Roster” at www.brigade.tv, and create a profile. All portfolios submitted there are reviewed to determine eligibility for Brigade projects.