Bridgestone is a Worldwide Olympic Partner, as well as an Official Partner of the Australian and New Zealand teams, and is encouraging all athletes to chase their dream as PyeongChang 2018 looms. 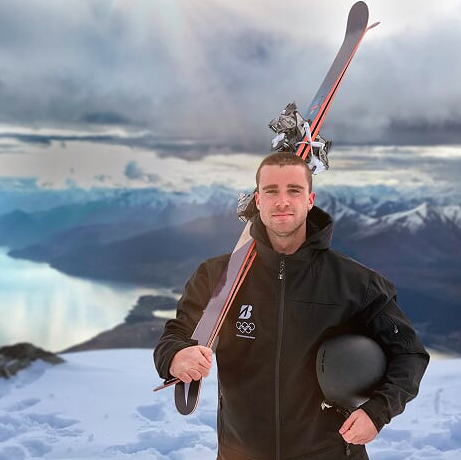 Bridgestone Australia & New Zealand via VML Australia, has teamed up with Australian snowboarder Belle Brockhoff and New Zealand skier Beau-James Wells to share the stories of their journeys to the XXIII Olympic Winter Games in PyeongChang and return from respective injuries.

As part of the local activations in the lead up to this year's Olympic Winter Games, Bridgestone worked with VML Australia to produce two poignant videos from Brockhoff and Wells' perspectives on what it means to chase the Olympic dream.Brockhoff suffered a huge blow to her Snowboard Cross campaign in March last year, injuring the ACL ligament in her right knee, forcing her to withdraw from a major event in Spain and return to Australia for surgery.On her return to competition in December, Brockhoff suffered another setback - reinjuring her knee in an unfortunate fall and putting PyeongChang in doubt once more.She admits the Olympic Winter Games has been a lifelong ambition and even from her hospital bed was determined to represent Australia in South Korea.Says Brockhoff: "The Olympics have been one of my goals for a very long time. A big goal of mine is to medal, and an even bigger goal is to win. I started skiing when I was three years old. And then I picked up a snowboard when I was ten. "That first day when I picked up a snowboard I knew that I wanted to be the best. At that age you don't think so much of danger, you just kind of go for it - but you have to be so incredibly present. If you're not, you'll really suffer the consequences for it." Like Brockhoff, Wells' lead up to representing New Zealand in Freestyle Skiing at PyeongChang has been a tale of recovery after injuring his ACL ligament in 2016 and forcing him to the sidelines for a year.Says Wells: "I've dreamt of holding up an Olympic medal ever since I can remember. When we were kids, watching the Games, Dad said 'someone has to be the best, so why can't it be you?' That really fuelled me and it wasn't long before I hit my first jump."Being told you can't do what you love for a whole year, to me that's heartbreaking. But you can turn that pain into a new hunger and now I'm coming back stronger."Bridgestone Australia & New Zealand managing director, Andrew Moffatt, says the athletes' determination to chase their dreams despite injury is inspirational.Says Moffatt: "Every athlete competing in the Olympic Games has their own unique story, but the journeys of Belle Brockhoff and Beau-James Wells highlight the perseverance required to represent your country."Seeing how focussed they both are to achieve greatness is really quite moving, and we're honoured to be able to share their stories through such evocative clips."