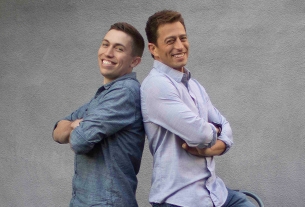 Whitley comes to Brewster Parsons after runs in Detroit and Minneapolis, as well as Mirada and Method Studios in Los Angeles. His accomplishments include: Super Bowl commercials, the wildly successful Love Has No Labels for Ad Council, and installations for UCLAs Centennial Event and IBMs Watson Experience.

"In all my experience in creative production, I've never seen a place with such balance," says Whitley of Brewster Parsons. "Darcy has assembled a team that executes VFX on the very highest levels, and they work smart -- never wasting creative energy. I'm honored to be part of that."

"Zack brings a flexible, future-facing mindset to project management," says Brewster Parsons newly named EP Jason Cohon, "Having worked with him previously, I am very excited to team up with Zack again at BP. He has a knack for implementing new technologies that allow us to create mind-bending visuals."

Cohon joined Brewster Parsons in June of 2014 as Senior Producer. Since then, he has overseen expansion of the companys 3D pipeline and acquisition of new talent. As Executive Producer, Cohon will continue with these duties and head up strategic Business Development and Technology.

Darcy Parsons states, "With the addition of Zack and Jasons move to EP, we are poised to continue what has already been a busy 2015." Parsons continues, "I have been partnering with Jason since day one when he arrived. It is such a natural fit and he has a great sense of the industry and creative strategy. Zack brings a fresh perspective to post-production. He has such a well-rounded background, our clients love him and his impact has been immediate."