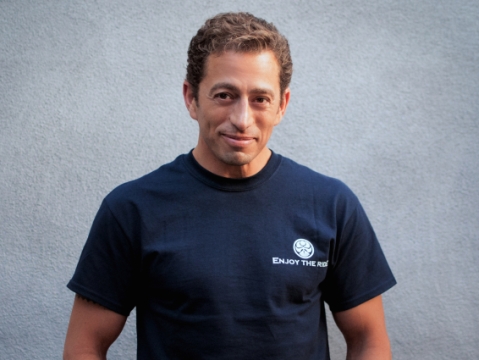 Over the past year, A-level VFX studio Brewster Parsons has steadily been expanding its capabilities through key staff additions, facility and technology updates, and global partnerships.  Today, studio founder and executive producer Darcy Parsons has announced the addition of veteran LA producer Jason Cohon to her staff in the position of senior producer, and also provided information on her other moves aimed at preparing the company to handle major VFX projects.

With a background spanning all facets of production, Cohon is highly accomplished at creating and finishing all types of visual content at the very highest levels.  Through his experiences as a hands-on producer for Asylum, Brand New School, Digital Domain, Mirada and SWAY Studio, he has produced groundbreaking live-action and VFX-intensive feature, television, commercial and experiential projects alongside leading industry innovators like directors Dante Ariola, Nicolai Fuglsig, Joseph Kosinski and Rupert Sanders.

According to Cohon, it was Parsons, Eksner, and Eksner's dedication to his craft that attracted him to the growing studio.

"Brewster Parsons is equal parts VFX/design/finishing facility and lifestyle brand," he began.  "It's rare in our industry to find a company that believes as strongly in the quality of their product as they do in their employees' quality of life.  I think that shows through in the artistry and in the overall great attitude of everyone who works here."

Continuing, Cohon added, "Darcy is proving to the world that you can do A-list work, with A-list people and still have time to expand your horizons beyond the bubble.  She is a really special person and I'm glad I finally have the chance to be part of the team."

"Jason has a unique background as a lead producer spanning live-action, complex visual effects and design projects," said Parsons.  "Since we have been in a major growth phase, Jason is coming onboard to help us streamline expansion efforts and refine our production and digital delivery processes.  He has an amazing eye, and he commands respect internally and with our clients.  We are all very excited about him joining our growing family."

Over the past year, Brewster Parsons has opened a new finishing suite on its Abbot Kinney premises in Venice, and also forged strategic relationships with other leading facilities through Parsons' professional network.  Among those is Ollin VFX in Mexico City, which mainly works on features and has handled many projects for David Fincher... and leading Barcelona VFX shop Furia Digital.  Over the past 18 months, both companies have contributed to Brewster Parsons projects for Royal Caribbean, and new opportunities are being explored based on those successful collaborations.