Director was apprentice editor on Star Wars: Episode III Revenge of the Sith 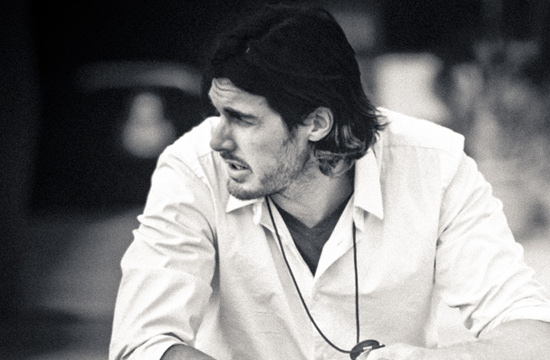 Brett Fallentine, whose career includes work on epic blockbusters “Star Wars: Episode III Revenge of the Sith” and “Avatar”, has signed on to direct commercial and branded content work with integrated production company The Famous Group

Fallentine (http://www.brettfallentine.com/), got his first taste for the industry at Lucas Films while still studying film theory at University of California, Berkeley, and served for two years as apprentice editor under mentor George Lucas on “Star Wars: Episode III Revenge of the Sith”.  After transferring to USC for filmmaking, he later worked alongside James Cameron as assistant editor on “Avatar”.

Along the way, he delved into commercial work, including directing a two-minute “Refresh” web video documentary for Pepsi with Chiat/Day and later the Pepsi “One Tribe” 60-second broadcast spot, “All Ages Movement” and “Calvin”.  Fallentine has also directed work for Google (“Fireside” and “King Arthur Flour”), IBM (“Invisible Art”, http://bit.ly/19N9Pbc), Microsoft (“Windows 8” and “Blind Ambition”), The Bill & Melinda Gates Foundation (“Last Percent”), Nikon, FC Barcelona (“More Than a Goal”) and others.

“Brett Fallentine is an expert at delivering beautiful cinematography for leading brands,” said David Kwan, managing director, The Famous Group (www.thefamousgroup.com).  “He’s also skilled at making non-actors feel comfortable and then drawing strong emotions out of them to tell a specific, impactful story.”

Fallentine describes his specialty as documentary style work that often detours from the typical raw aesthetic of the genre.

“I want my work to be as dynamic as possible,” he says.  “I like to shoot real people head on, but also take a cinematic approach that incorporates elements of the animation and effects I encountered while working on big-budget Hollywood films.  One reason why I wanted to work with The Famous Group is because their integrated model provides me with access to a large in-house team of animators and FX specialists.”

Fallentine is the third addition this year to the growing roster of Famous Directors (http://www.interdubs.com/r/thefamousgroup/index.php?namedlink=roster), following recent signings of Jay Karas, who recently directed episodes of NBC’s “Parks and Recreation”, and Hailey Bartholomew.  Other directors in the group include Kip Hewitt, 2011 Doritos’ “Crash the Super Bowl” winner Tynesha Williams, Scott Toepfer and G-Roll.

Along with its signature roster of Famous Directors, The Famous Group maintains an extensive network of innovative directors, cinematographers, filmmakers and others under the Famous Association banner (http://www.interdubs.com/r/thefamousgroup/?al=tDN8xg&an=ffa5pC).  This network of creative professionals brings specific talents, artistic styles, unique perspectives and valuable experience to projects.