Editor's Choice: The 15-minute short film from the Papaya Films director examines the sudden appearance of a giant creature in Los Angeles 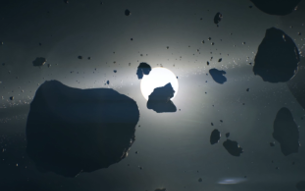 Brent Bonacorso, the award-winning director behind upcoming feature “You Get Me” starring Bella Thorne and Halston Sage, music videos for Elton John and Katy Perry, opening titles for HBO’s “The Jinx,” and commercials for dozens of brands from Audi to Guinness, today unveiled his new short film “The Narrow World”. Bonacorso wrote, directed, and handled visual effects on the 15-minute sci-fi short, which examines the sudden appearance of a giant creature in Los Angeles through the eyes of three people with differing ideas of its true significance.

“The Narrow World” breaks sci-fi conventions, taking an intimate documentary-style approach with unexpected insights. An alien creature, known as The Visitor, crashes in the Mojave Desert in 2010 and quickly takes up residence among the Los Angeles skyline. Though it’s a gigantic, skyscraper-sized monster, it doesn’t appear overtly threatening (to most), lending it an elusive quality that is interpreted in many different ways. In the present day, viewers meet Raymond Davis, a researcher with the Department of Homeland Security, Emily Field, a clinical psychologist at the University of Southern California, and Colonel Gus Wilson, a consultant with the Department of Defense – all of whom have come up with conflicting theories on why The Visitor is here, what its motivations are, and why it seems to ignore all human attempts at interaction. Over the years as The Visitor becomes an accepted, if bizarre, part of the LA scenery, the film examines how humanity projects our own fears and beliefs onto something utterly inexplicable – and what that reveals about our true inner selves in the process.

Bonacorso explained, “I was very intrigued by the idea of subverting the typical alien invasion story and instead having a creature with completely opaque motivations, something that simply ignored the tiny humans around it. How would we react? What would it mean? The creature would become a blank canvas of interpretation. Everyone would come up with a different explanation, a different message. Obviously, many people would take it as an insult, as we’ve grown accustomed to being the most important thing around. These interpretations people would come up with, these beliefs, would be more revealing for the people themselves than for the alien creature.”

Fitting with the film’s universal themes, bringing it to life was a collaborative global effort. Bonacorso wrote the film and completed principal photography and visual effects in his native Los Angeles, working with Polish cinematographer Magdalena Gorka, artists in Luxembourg and Paris to design and texture The Visitor, Australian composer Cedie Janson for the music, and editor Jack Pyland of Dallas to fit everything together. Sound design was completed by Głośno and color grading by Lunapark, both of Warsaw. The film was produced by international production company Papaya Films, which represents Bonacorso in Europe for commercial and music video work, along with Collaboration Factory in Los Angeles. Bonacorso completed all lighting and animation in Cinema 4D, and compositing in Adobe After Effects.

“This was a small independent project, but the concept was so vivid and compelling that it inspired these talented artists from all over the world to get involved, which really speaks to the strength and universality of Brent’s vision,” said Papaya Films Executive Producer Kacper Sawicki. “In any medium, Brent’s work always has an intriguing approach, and this is a great example of how he can take one narrative and successfully transform it into something you didn’t expect.”