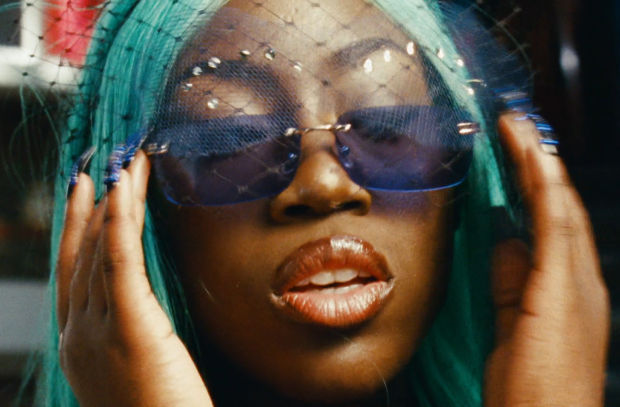 Fred and Bree have been working together since her 2017 video release for ‘What Do I Tell My Friends?’ in which Bree murders a fashion photographer and twerks over his dead body.

After his work on the last Years & Years’ release, Palo Santo, Bree asked Fred to take on the role of creative director for her next project. This time, Bree wanted something much larger in scale - a satirical concept based around her experiences growing up in Hackney, coming from a Ghanaian family, and finding that the darkness of her skin tone was the source of bullying and commentary throughout her childhood.

From these painful beginnings, Bree and Fred created a cartoon world - Crackney - in which the concept of skin tone is malleable, in which Bree is a fashion tycoon, with her office based in her real-life living room, running a business that sells Be Runway Body Spray - a spray that turns the wearer into, of course, Bree Runway.

With a set of references spanning from Aqua's Barbie Girl video to Twin Peaks, via Mortal Kombat, Bree and Fred created a colourful, heightened visual world which link narratively her social media presence, the songs themselves, the stills and EP artwork - shot by Charlotte Rutherford - and the two music videos, written and directed by Fred. Fred and Bree are planning to extend the concept to Bree’s live shows in the future.