The campaign was designed to appeal to consumers primarily in the Philadelphia area through TV, OTT, OOH, radio, paid social media and influencer activity 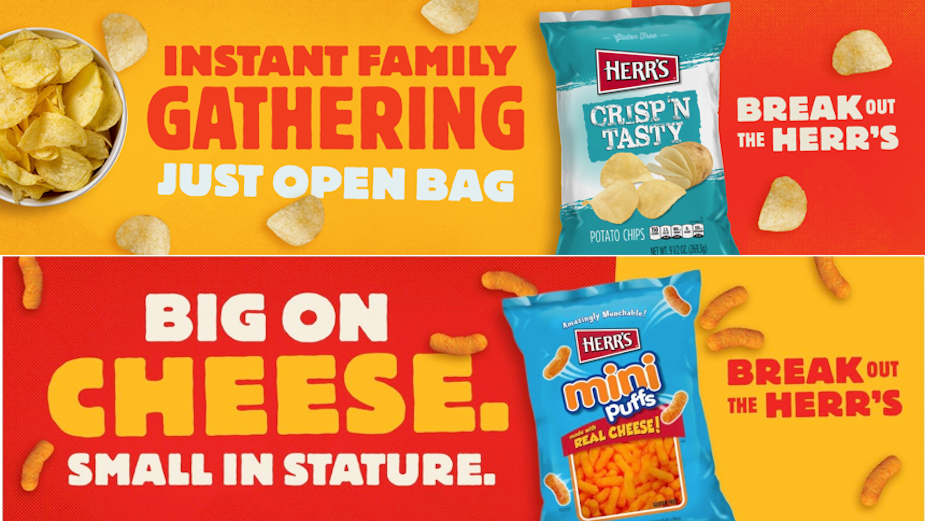 A new campaign calling out to snack lovers to 'Break Out the Herr’s' for making the most of memorable moments has been created by quench food and beverage agency for Pennsylvania-based Herr Foods Inc., makers of Herr’s potato chips and other snacks.
The campaign is designed to appeal to consumers primarily in the Philadelphia area, where the brand has deep roots. Through TV, OTT,  OOH, radio, and paid social media and influencer activity, it will remind consumers that “when it’s time for moments that matter, there’s only one chip that matters.”
TV spots that were shot in and around Philly are voiced by influencer, activist, entrepreneur and Philadelphia 76ers in-arena personality Christian Crosby, whose VO is used in multiple executions of the new campaign.
Bill Starkey, executive creative director for quench, said: “Through research, we know that when there's a good time or celebration to be had, Herr's is the go-to snack for Philadelphians. We want to reinforce that association, so that whenever there’s an opportunity for a good memory in the making, it’s time to 'Break Out the Herr’s.’”
The 'Break Out the Herr’s' campaign will launch 1st November during primetime on Philadelphia TV outlets WCAU, WPVI, WTXF and KYW, including Philadelphia Eagles football games, and across OTT.
From its locations in Harrisburg, Philadelphia and Chicago, quench has worked with Herr’s as a client since 2016.
view more - Creative

TITLE: 'Break Out the Herr’s'