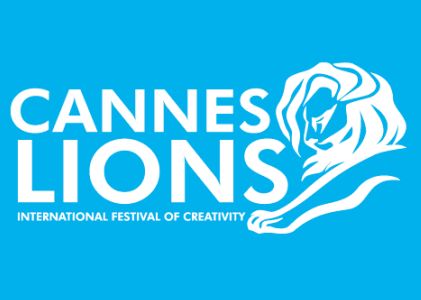 The Cannes Lions International Festival of Creativity is delighted to announce that this year’s Festival will incorporate a programme dedicated to showcasing, understanding and celebrating Brazilian creativity.

Commenting on the decision to launch Brazil day, Philip Thomas, CEO of Lions Festivals, says, “The 2013 Cannes Report ranked Brazil as the second most creative country in the world and São Paulo as the most creative city in the world, with the country’s total haul of lion trophies amounting to 114. On top of this, the report’s highest-ranked creative director, art director and copywriter all hail from Brazil. It’s proof that the industry in Brazil is rocketing at the moment and we want to be able to bring a bit of this to Cannes, offering inspiration and insight from some of the most creative minds currently working in Brazil.”

Brazil Day will take place on Thursday 19 June at the Palais des Festivals, Cannes, France. An all-day programme, running alongside the main Festival programme, content is open to all delegates to attend and will take the form of a series of 13 seminars and screenings offering an exploration into Brazil, its innovations and its future.

Some of the sessions already confirmed include: Fred Gelli, Creative Director at Tatil Designing Ideas, who will talk about how his agency is designing the complex and all-embracing visual identity for the 2016 Olympics in Rio de Janeiro; Chuck Porter, Co-Founder & Chairman, CP+B, will be present to explain why Crispin Porter + Bogusky have chosen to open up their first agency outside the US in the emerging economic powerhouse that is Brazil; Mauricio Mota, Founder of The Alchemists, will take to the stage to discuss how, as a result of recent changes to the law, Brazil plans to become a global hub for the creation of TV formats and how global brands should be taking advantage of this next wave of content innovation; and Laura Chiavone and Marcelo Páscoa from DM9 DDB will take a look at the spirit and culture of Brazil as a melting pot of global influences and immigrant ideas, telling a story of discoveries and creative adventures.

Brazil Day will be brought to a close by Film Brazil who will be presenting a showcase of work by leading Brazilian directors, who will also be at the event to discuss their work. This will be followed by an After Party at the Cannes Connect Bar, inviting attendees to debrief and network after a busy day. Further information about the programme and how to register to attend can be found online here. The Cannes Lions International Festival of Creativity takes place from 15-21 June 2014.