Bray Leino Breaks Out the Smiles for Magic FM Campaign

'Make Your Day Magic' launches ahead of national launch in January 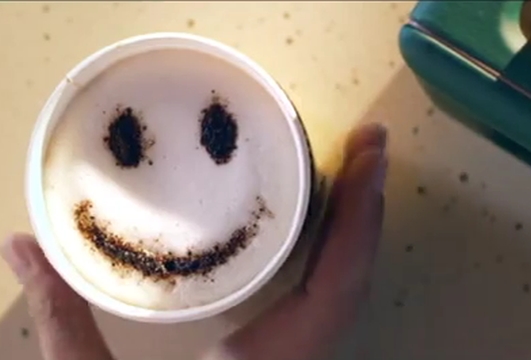 Magic has launched a new marketing strategy with a new TV ad at the centre of the campaign as the brand ramps up awareness ahead of going National on DAB Digital Radio in January.

The ‘Make Your Day Magic’ TV creative which promotes the stations ‘Good Mood Music’ proposition is set to air across ITV, Channel 4, Channel 5 and Sky channels. The ad is a reflection of Magic’s listeners' lives showing them enjoying Magic throughout the day and in a variety of different scenarios.  The soundtrack features songs from Scissor Sisters 'I Don't Feel Like Dancin’', A-Ha 'Take On Me' and Queen 'You're My Best Friend'. The advert was delivered by creative agency Bray Leino and debuted last night in the middle break of Downtown Abbey.

Bray Leino Executive Creative Director Jon Elsom says: “We wanted to build an ad around the great music that Magic plays, conveying how it touches millions of people’s lives every day. I think we’ve done that in a way that will resonate with the target audience.”

Marketing Director for Magic, Tina Finch said, “We’re really excited to implement our strategies into 2015 as the Magic brand becomes available to the nation. Our new TV creative marks a new era for the station”.

The station has also refreshed Friday nights which will see a brand new show called ‘Magic 80s’  running from 7pm – 9pm and presented by Gary Vincent, accompanied by guests from the 80s.

New appointments to listen include 'Soul Town', a Saturday night show presented by Angie Greaves with the best of Soul and Motown. Sunday night sees the launch of a new series, 'Behind the Music', which features comment from big artists with personal stories about their own hit songs featuring artists such as the legendary Spandau Ballet and Annie Lennox. December also sees Magic Presents Spandau Ballet with Stubhub!, an intimate live gig with one of the biggest bands from the 80s.

Magic has also joined forces with Mayor of London Boris Johnson to launch the  'Penny for London' initiative which is set to revolutionize charitable giving where Londoners will be asked to donate a penny or more every day they use their contactless card on the TfL transport network. The people of London will be able to control their donations and Magic FM’s  Cash for Kids charity will be a beneficiary of the funds raised. Cash for Kids aims to support disabled and disadvantaged children aged 0 to 18 years across the UK areas covered by our radio stations and last year raised £13 million.