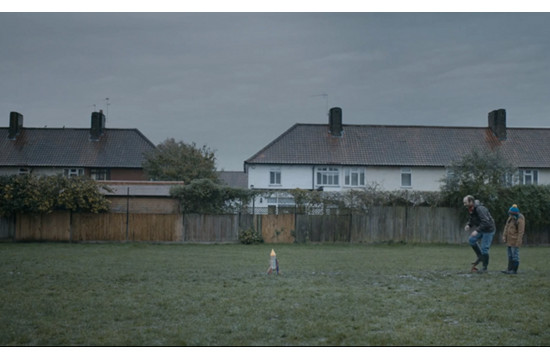 Branston Pickle, the UK’s leading sweet pickle brand, has announced its first TV advertising campaign in five years. The campaign is part of owner Mizkan Europe’s overall ‘Make it Special’ activity for the brand, which communicates the key idea that any sandwich is made special by including Branston Pickle.

The creative, by mcgarrybowen, is dubbed ‘The Apologist’. The story plays on the relationship between a young boy and his hapless dad who is terrible at making things, whether it’s a birthday cake or building a toy rocket. However, he redeems himself by bringing out the Branston when making a sandwich for his son’s lunch to ‘Make It Special’.

The campaign targets busy parents, especially housewives aged 45 and upwards, but will also track awareness and purchase intent amongst 35 and overs. The creative will debut on 5 December with key high-profile slots including the Coronation Street ad break on 8 December.  The ads will run until the first week of March with a mixture of 60, 30 and 10 second formats.

The campaign will be truly multi-platform, seen across terrestrial and multichannel TV with outdoor, on-pack, social media and website support.
All media planning and buying has been undertaken by UM, with media spend totalling £1.7 million so far, and set to reach £5.9 million over the next 18 months. Production was by Academy, led by directors Si & Ad.

Paul Shanahan, MD of Mizkan Europe, said: “We are very excited to be promoting Branston Pickle on TV; it’s been away from our screens for far too long. This is our first foray into TV advertising as Mizkan Europe, and the initial part of our plan to grow the Branston brand. Through significant investment over the next few years we intend to build and nurture all our iconic British brands, inspiring and educating our customers along the way.”

Paul Jordan, Executive Creative Director at mcgarrybowen, said: “At mcgarrybowen we like to take brands that you've always lived with and transform them into brands that you can't live without. Branston Pickle was a perfect candidate for this treatment; we wanted to remind people that nothing beats the love you put into a homemade sandwich, and nothing makes it special quite like a healthy dollop of Branston Pickle.”

Branson Pickle was bought by Mizkan Europe in February 2013 for a cash consideration of £92.5 million as part of its acquisition of Premier Foods’ sweet pickle and table sauces business.