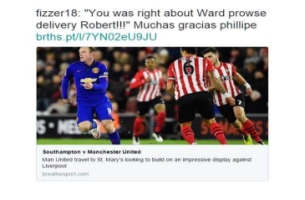 As ‘The European Day of Languages’ takes place on Saturday 26th September 2015, Brandwatch shares insights into the use of European languages by Twitter users across the UK. The leading enterprise social intelligence platform for sharing the ROI of social media, digital and online marketing selected a range of well-known foreign words and phrases to see how often they were mentioned, over one month (24th August -25th August 2015), in tweets written by those living in the UK.

Based on a selection of nineteen words and phrases in French, Italian, German and Spanish, the Spanish word for thank you, ‘gracias’ was the most popular with 1822 mentions including one from British footballer Robbie Savage. Words expressing gratitude in French (merci) and German (danke) also made the top ten, with 800 and 450 mentions respectively. 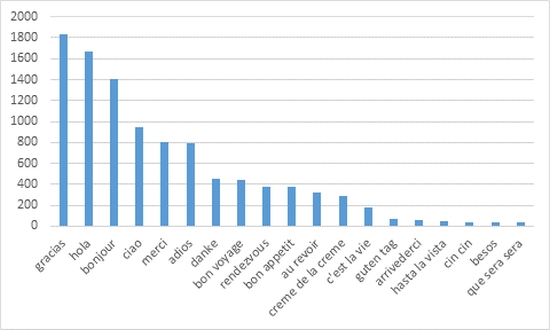 Other European words mentioned frequently on Twitter included Spanish, French and Italian greetings. In fact, the Spanish word for hello, ‘hola’ was the second most mentioned word out of the selection with 1656 mentions, further showcasing the popularity of the Spanish language. However, the German expression ‘guten tag’ missed out with only 59 mentions.

Single European words appeared to be more commonly used by UK tweeters than phrases, with the highest amount of mentions for a phrase awarded to ‘bon voyage,’ the French for ‘have a good trip.’ Similar French phrase ‘bon appetit’, which translates to ‘enjoy your meal,’ just made it into the top ten with 376 mentions. 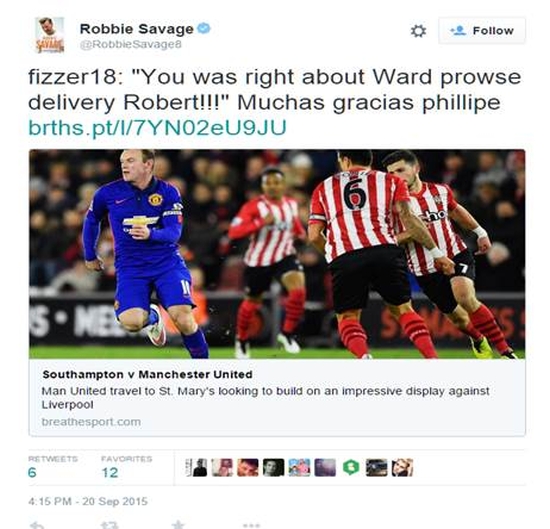