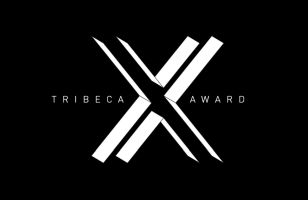 The Tribeca Film Festival, presented by AT&T, and The Atlantic have joined forces to recognise the best branded storytelling work of the past year with the second annual Tribeca X Award. The festival, a platform empowering today’s finest artistic voices, and The Atlantic’s creative marketing group Atlantic Re:think, known for producing ambitious, high-impact sponsor content, have come together with a shared belief that ideas underwritten by brands, when executed with integrity, can move people and impact our world.

The award was launched last year to honour the most dynamic and authentic story-driven work from artist-brand collaborations. The competition highlights scripted and documentary work for film, TV, digital, social, and VR/AR, in both feature and short length, that were funded with support of a brand working with artists or filmmakers. The Atlantic will showcase all entries in a special section on TheAtlantic.com, bringing them to the attention of the publication’s broad audience.

“As the erosion of traditional ad formats necessitates more creative expression, brands and artists are telling stories that break with convention in both style and message,” said Andrew Essex, CEO of Tribeca Enterprises. “We’re proud to be the only film festival that honours the best work from these collaborations and bring them to the same stage as filmmakers and creators in the entertainment industry.”

“Having partnered with some of the world’s most creative brands, Atlantic Re:think is an established arbiter of standout branded content,” said Hayley Romer, SVP and Publisher of The Atlantic. “It’s exciting to now have the opportunity to celebrate the best of the best across the industry – and bring this work to our audience, which has long embraced and engaged with brand storytelling.”

The jury will award the winning project during the 16th annual Tribeca Film Festival, running April 19-30, at the Awards Night Ceremony on April 29, 2017.

The jurors for the 2017 Tribeca X Award are: