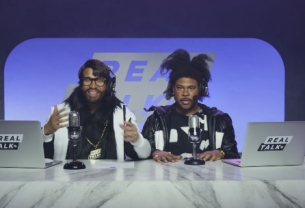 Like many of today’s most exciting companies, Squarespace was born in a university dorm room; more precisely in the 2004 University of Maryland dorm room of founder Anthony Casalena. Anthony was inspired to set up the business after trying numerous personal website builders and disliking their clunky working practices and lack of focus on beautiful design.

12 years later, Squarespace employs over 500 members of staff and is accountable for millions of websites on the Internet. It has also been listed in Crain’s New York’s best places to work list since 2012, thanks to perks such as unlimited paid time off, a private office chef and the opportunity for staff to order any tech equipment that they need.

During the past three years, in which the company has advertised during all three Super Bowls, Squarespace’s advertising has stood out from the crowd with its fresh, creative and kooky vibe. But what does that say about the brand and its culture?

“The unexpected nature of our ad creative really speaks to our willingness to take risks,” muses Chief Creative Office David Lee. “In order to cut through and leave an impression, we have to come up with ideas that sometimes make us a little nervous.”

And that’s exactly what he and the brand have been doing in recent years. As CCO, David sits at the intersection of the brand’s creative and design teams, as well as the marketing and product teams. He says that while he believes Squarespace has always had that rebelliously creative edge, it has recently “become even more willing to take calculated risks”.

This year the brand - together with ad agency Anomaly - stepped up that emphasis on the second-screen with the help of Comedy Central duo Key and Peele. They played Lee and Morris, two aspiring sportscasters from Atlanta who wanted to comment on the Big Game. The catch? They had absolutely no rights to talk about the actual game. The improvised event was broadcast live on a Squarespace-built website, for the entire four hours of the Super Bowl.

Live marketing like that takes some balls - but when it works, boy does it pay off. Squarespace pushed out plenty of buzz-creating content prior to the game which resulted in them having the most watched spot of the first quarter. They also received numerous messages via social media telling them that people had only tuned into the Super Bowl to follow Key & Peele’s take on it.

“Having this sort of once-in-a-lifetime event was truly spectacular for Squarespace,” comments David. “We’ve never done anything like it before, and I don’t think anything of that magnitude has ever been attempted around the Super Bowl either. There’s certainly a lot of pressure associated with a live event, but it’s also uniquely organic and incredibly exciting.”

So what has Squarespace been getting up to outside of the Super Bowl? A large part of its customer base is not in the U.S., something that has happened without, until recently, the help of any international marketing. Back in January, David began a big push to take Squarespace and its campaigns to places across the world and launched the Foundation campaign, again with Anomaly. It’s an initiative that he believes is “modular and flexible enough to resonate with people around the world”.

They also recently teamed up with agency Preacher to launch a Grammys campaign that tells musician Leon Bridges’ story as he pursued his dream and made it a reality.

In addition to that, as Squarespace’s capabilities expand, so does its target demographic. “We feel that we’ve created a product that can be used by countless individuals in a variety of different ways. Especially now that we’ve expanded our commerce offerings to allow for more robust online sales and business management,” David says.

“We are confident that anyone with a dream can find a use case for Squarespace.”