Brand Insight: O2 on Helping Launch OnePlus into the Mainstream 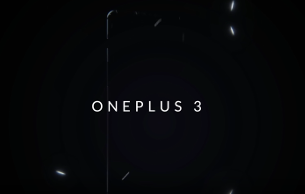 OnePlus has been making waves in the mobile phone market for some time now thanks to its low-cost, high performance handsets. But despite the chatter, the brand is still more of a secret gem than everyday knowledge. In a bid to expand into the mainstream, OnePlus recently teamed up with O2 and its agency VCCP to launch a stunt in which a billboard was adorned with digital code (in a nod to OnePlus’ tech-heavy fan base) that revealed the location of a free OnePlus 3 phone.

LBB’s Addison Capper chatted to an O2 representative to find out more...

LBB> The OnePlus 3 has been getting some great press recently as a cheaper alternative to the top tier smartphones. What are your aims for the brand?

O2> We pride ourselves on offering the best range of devices on the market, and OnePlus is a key part of that. OnePlus phones make cutting edge technology available to a wider audience than traditional flagship phones and the feedback from our customers so far has been fantastic.

LBB> Can you tell us a bit about the phone - why should people be interested in it and how is it so cheap?

O2> The OnePlus 3, and now its successor the 3T, combine leading technology with brilliant pricing and we’ve seen huge demand from our customers. OnePlus has forged a unique route to market which has meant they can produce their phones much cheaper than other similarly equipped smartphones.

LBB> In the stunt film you say that it’s the phone of choice for tech savvy people - why is this?

O2> Up until very recently OnePlus has been the tech industry’s biggest secret, spreading via word of mouth and non-traditional advertising. They’ve generated more buzz in the market than most of their competitors with their mix of great specifications and low pricing, and now we’re pleased to be helping them into the mainstream.

LBB> What inspired the code billboard idea? Did you work with an agency?

O2> We know that OnePlus fans are driven by innovation, style and tech specs. They are tech savvy people who understand and could probably write code. So we wanted to do something that speaks their language. It was a collaborative effort between O2, OnePlus, VCCP & Forward Media.

LBB> What kind of reaction did it receive?

O2> We were overwhelmed by the interest in the billboard – we knew we had a brilliant idea but weren’t expecting such a high level of interaction from the audience. We saw large groups of people congregating around the billboard each day and each prize was always snapped up quickly.

LBB> What were your biggest aims with this stunt?

O2> We wanted to show OnePlus’ tech savvy audience that we can speak a language they understand – code – and also understand what makes the OnePlus 3 so special. Our billboard did that, and really excited the audience too.

LBB> What kind of voice are you trying to portray for the One Plus?

O2> With this campaign we wanted to help bring OnePlus into the mainstream by showing what makes the OnePlus 3 such a brilliant phone. As well as innovating with our billboard, we also used quotes from reviews of the OnePlus 3 in our advertising to help reinforce how revolutionary the OnePlus 3 is.

LBB> Do you have future marketing plans for the OnePlus 3?

O2> We have a long term relationship with OnePlus and are already working with them on promoting their new phone, the OnePlus 3T. We’re really excited with the partnership and are keen to keep innovating into the future.