Brand Insight: How Sonos Is Waking Up Silent Homes Around The World

People spend more time together and even have more sex when they regularly listen to music out loud at home, says Pete Pedersen, Sonos’ VP of Global Communications 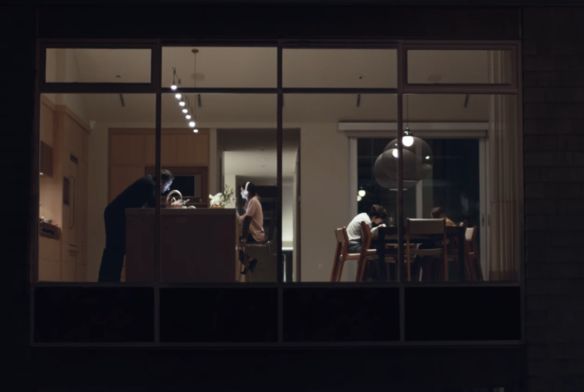 Last year Sonos conducted a global study into the effects of listening to music out loud at home. In a nutshell, it made people happier (and have more sex). But part of their research also revealed a new and growing epidemic, which the brand has dubbed ‘The Silent Home’. The Silent Home, as the name suggests, relates to the lack of music being listened to socially at home, and it affects 67% of people globally and 68% of Americans. To help tackle the issue, Sonos launched Wake Up The Silent Home, the first campaign by its new agency Anomaly, during the GRAMMYs two weekends ago. The campaign is set for a global roll out and was directed by Derek Cianfrance.

LBB’s Addison Capper chatted with Pete Pedersen, Sonos’ VP of Global Communications, to find out more about the causes and effects of The Silent Home, and the inspiration behind the brand’s latest campaign.

LBB> Tell us a bit about the initial study - what was involved in its undertaking?

PP> Last year, we were really interested in how playing music out loud in our homes could affect us. So we launched a research project called ‘Music Makes it Home’. We surveyed 30,000 people around the world, conducting in-home experiments in eight different countries, and worked with renowned neuroscientist Daniel J. Levitin, Ph.D. to uncover the impact of listening out loud together at home and the transformative influence of music.

LBB> And the results ultimately showed that people are happier (and get it on more) when they listen to music together. Can you go into a little bit more depth on the findings? What positives did you discover?

PP> At a very basic level, we found that music really does have the ability to make things better. When we asked the test homes to start playing music out loud, the results were enlightening: people spent more time together, felt more emotionally connected, and even had more sex. We also saw that kids helped their parents with more chores, people said food tasted better, and people even felt more inspired. You can read more about the results here.

LBB> What were the most surprising discoveries?

PP> We proved the connection between sex and rock and roll! What more can you ask for? One couple even conceived during the study.

PP> The Silent Home assessment is more of an evolution of Music Makes it Home. While we knew listening to music out loud was beneficial, we wanted to figure out why people weren’t listening and understand the conditions of those living in homes that weren’t filled with music. In this difficult time where our personal liberties are being threatened, we believe a major cause is not connecting with each other at home. Music is a way to solve that. That’s why we are trying to Wake Up The Silent Home.

LBB> The study found that 67% globally and 68% of Americans don’t listen to music at home. Why do you think that is? Is it a generational thing? Technology / phones? And how long has this change been happening?

PP> We think we’ve stopped listening to music out loud because of convenience and complacency. We’ve been conditioned to think that modern listening habits are good enough when, in fact, they’re not. You don’t get the same feeling listening to a song you love when it comes from a mediocre listening device as you do from a high-quality sound system.

Technology plays a huge role in the problem as well. 62% of global respondents said their social interactions are taking place in the digital world more and more, with 46% saying their own family is spending more time with tech than each other. Those aren’t encouraging numbers. But it also comes down to a few more key areas. People feel too busy and we have overly packed schedules. More than half wanted a better work/life balance. We actually identify this as the Adult Fade – as we get older, music gets pushed to the background because our lives are filled with other chaos.

LBB> This research product and campaign is more than a sales tool for Sonos – it’s really delving into people’s lives to see how technology and modern day life is affecting our relationships. Why did the brand wish to get involved in such a space?

PP> Our mission is to fill every home with music. We don’t even care if it’s on our system or not, we just believe so strongly in the transformative power of music. We’re passionate about getting people to listen more, and the best way to do that is to show how music, or the lack of it, in our homes affects us.

LBB> It’s very timely to launch such a campaign during the GRAMMYs – perhaps an obvious question, but why did you make that decision? And what kind of reaction did you see?

PP> In the U.S., the GRAMMYs is one of the biggest nights in music, so it’s a natural time for us to connect with music-lovers and bring this problem to their attention. We know people who tune in to the GRAMMYs share our passion for music and we’re hoping they’ll join us in waking up silent homes. The reactions were interesting to see. We think it connected with a lot of people. The best responses were those who immediately understood what we were trying to do, what kind of call to action we were hoping to inspire.

LBB> How will this project evolve over time? Do you have any more initiatives planned?

PP> We’re going to continue to champion listening to music in our homes. For this particular campaign, we’ll be rolling out creative in markets around the world, and will look to other cultural moments like the GRAMMYs to share our message.

LBB> Can you see the facts that you’ve uncovered really changing over time? Ultimately it is down to the realities of modern day life which don’t show any signs of changing.

PP> Unfortunately, we think the trend will continue in the wrong way until we change our habits and lifestyles. We hope to awaken the world’s awareness that there’s a better existence within reach and all you really need is some music to make that happen. We think it’s that powerful.

PP> We’ve announced our plans for integrating voice assistants with Sonos, starting with Amazon Alexa. Look out for that later this year. In the meantime, Sonos will continue to focus on getting more people around the world to listen to music out loud in their homes.

PP> You can check out all the data around The Silent Home, including its causes and conditions, on our blog.