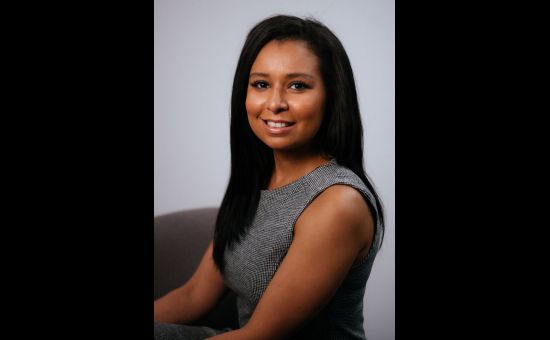 Finance… let’s be honest, it can appear a bit of dull and intimidating industry to outsiders. That’s why it’s so important for financial brands to nail their direct communication with regular consumers. At American Express (Amex), much of that responsibility falls upon Mona Hamouly, the VP of Social Media Communications. Hamouly has been at Amex since 2007 and transformed the institution into a bona fide social media pioneer. She spent more than two years personally tweeting for the brand as the ‘voice of American Express’ and as a result it was named ‘Twitter Champ’ and ‘Top Tweeter’ by Fortune magazine. LBB’s Addison Capper chatted with Hamouly to find out how she pulled it off and why American Express is less a financial brand than a lifestyle brand.

LBB> Finance can be somewhat of a flat topic for people not fully involved in the industry. How do you go about making AMEX’s social media interesting, engaging and fun?

MH> One of the interesting things about American Express is that we really think of ourselves as a service and lifestyle brand. We see ourselves as helping to facilitate what our Card Members are most passionate about through best-in-class service, rewards, access, etc. We’re interested in having relationships, not just transactions, with our customers and that holds true across all of our channels including our approach to social media communications.

We like to have fun with the platforms and take a variety of approaches. We do a lot of listening around what customers appreciate about our brand and engage back with them, which people really appreciate. We’ve also been lucky to collaborate with really interesting talent and influencers, which adds a fun human quality to the content we publish. With the CF Frost campaign, for example, we took the elusive character from our 1960s advertisements and introduced him to a new generation by showcasing his adventures with his Amex Card around the world on Instagram. We followed that with things like “#MyAMEX,” where we allowed Card Members to take over some of our social media channels for a day.

LBB> You tweeted as the ‘voice of American Express’ for two years, time in which the brand was named ‘Twitter Champ’ and ‘Top Tweeter’ by Fortune magazine, as well as receiving various other accolades. What’s your secret?

MH> Being authentic to the platforms and humanizing our brand is something we put a lot of emphasis on at American Express. Those have been some core guiding principles that we’ve never walked away from.  We also believe that servicing Card Members on the channel of their choice is imperative. We’re very transparent about the people behind the “voice of Amex” and give them the creative liberty to talk to customers in their own style and tone.  We want people to bring their personality to this work.

LBB> You’ve been at AMEX since 2007. How has the brand’s social media strategy evolved in the time you’ve been there?

MH> Some things haven’t changed and I think that’s a good thing. For example, we’re still vigorously focused on providing the same level of servicing via social media that you would receive anywhere else. We’re passionate about being where our customers are talking about us and engaging back with them. We do not take a one size fits all approach to the various platforms and we provide value for our customers over the channels through exclusive offers, information, etc.

Over the years, we’ve become increasingly focused on social commerce and have had success there. As new technologies and functionalities roll out, we’ve quickly been able to leverage them to our benefit. We’ve used the channels in expanded ways as well, everything from gathering customer testimonials to surveying customers to real-time marketing, etc.

LBB> Has anything surprised you about the ways people want to engage with AMEX?

MH> The affinity people have for American Express and the volume of conversation about our brand in the social space before we launched any official social presences was astounding to me. While some people come to us for servicing inquiries, the majority is thanking us for everything from being upgraded during their travels and having access to airport lounges, to being able to purchase concert tickets in advance.

LBB> How does the social strategy fit into the process of developing brand campaigns?

MH> We typically work with the brand team or business units in general to ensure that as campaigns are being conceptualized, we’re thinking about how to bring them to life in social media in an authentic and engaging way.

LBB> In terms of demographics, who are you mainly talking to through your social media channels?

MH> We have a global following of customers and those that simply have an affinity for the brand. They fall into all age groups and demographics. They’re people interested in a variety of lifestyle categories; including travel, dining, shopping, music, sports, etc.

LBB> Of the social campaigns you’ve been involved in, which are you particularly proud of?

MH> “Member Since”: Through an app available on Amex’s Facebook page, users were asked to select the year they became a Card Member. Then, they were presented with a Member Since badge to be posted on their social channels and a fun fact from Amex’s history for that year.

“MyAmex”: We engaged six talented photographers, entrepreneurs, and tastemakers, who were all Card Members, for an Instagram takeover series. Over the course of two weeks, they shared personal images of their daily lives and how American Express fits into it on the American Express Instagram account.

“CF Frost”: This was a two-part Instagram campaign showcasing life through the lens of a fictional Card Member, CF Frost. An actual ad executive, Charles Frost, who worked on the American Express brand in the 1960s and has been featured on American Express Cards in the brand’s advertising and marketing materials for generations, inspired the character.

LBB> Which platform is most central to the brand and its fans?

MH> Each platform provides a unique value to us. For instance: Instagram allows us to tell our brand story in a really visually engaging way. Twitter allows us to get news and information out very quickly and to work in real-time. We have the most scale/largest following on Facebook. LinkedIn is instrumental in our recruitment efforts, and in our business-to-business outreach, etc. They each serve a different purpose for us.

LBB> What do you have on the cards at the moment?

MH> Working with our agency, Alldayeveryday, we have some really great programming rolling out shortly, including a really dynamic video series and a potential live activation later this year.