Founders give us ‘The Knowledge’ on the app that transformed taxis 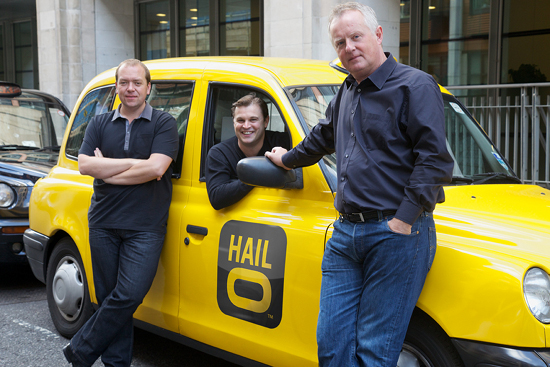 The days of standing on street corners, getting splashed as you desperately try to flag down a taxi are long gone. Hailo, a smart app that lets users track and book nearby cabs, has changed things for passengers and drivers alike. Originally founded in London by three taxi drivers and three Internet entrepreneurs, the app is now available in 15 cities worldwide and has notched up annual sales of over $100 million. LBB’s Laura Swinton caught up with two of the co-founders, Terry Runham and Gary Jackson, to find out how a combination of smart design, inside knowledge and great talent transformed an industry.

LBB> When did you start thinking about Hailo? What led you to it?

G> It goes back further than when we joined Hailo. We had another company back in 2009, which was setting customers up for journeys through a hand held device, because the iPhone had just come out. It was a web-based site.

T> It was a matching site. So, for example, if Gary lived in Hornchruch and was in the West End, he would go on the website and say how much he wanted to spend to get home. A driver in the same area could accept it and do the job. It was all about saving mileage. We got a call from Jay, one of the other co-founders and we met up and we all got on really well. It just evolved from there. 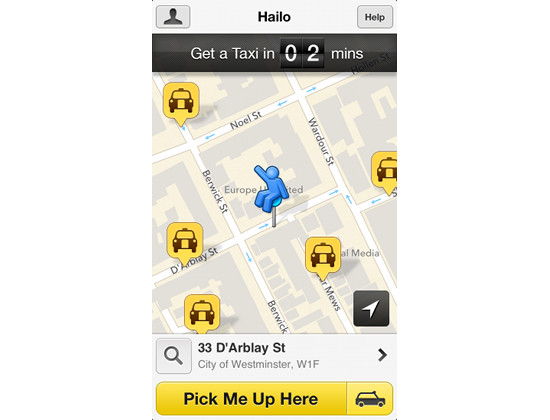 LBB> When it came to finding the right people to work with, where did you find them?

G> Jay, who is one of the co-founders, was really good at that. He’s the sort of person who, if he goes into a shop, is going to buy the best, most expensive thing in it. He spent our investment on the best. And to be honest if he hadn’t, we wouldn’t be where we are now. We went out and got the best people, which was great as we could let the drivers know. And even in the early days we had about £2 million invested from Wellington Partners and Atomico, so straight away we were linking with Spotify and Skype. These guys can give you good ideas about who to handpick.

LBB> One of the brilliant things about Hailo is its name. Where did that come from?

G> It was from a branding guy – which I guess is a really disappointing answer! We love making up names and things like that. There’s that and the logo – I was talking to one taxi driver recently who was saying he thinks that the logo is 50 per cent of our success. The story behind it was that we walked into a room and there were six or seven logos and we all went ‘that one!’

It really stands out. And I think what makes a difference is that our logo is the shape of the app button. I can’t think of anyone else who does that. Even Facebook app, that’s not their logo.

LBB> And before Hailo, both you and one of the other co-founders had been taxi drivers. How has that inside knowledge helped refine the app?

G> We have that everyday! Even down to the terminology – we’re able to say ‘you can’t say that, you’re going to alienate the taxi industry’. That’s what we’re here for. But it’s not the only input we have – we’re involved with every aspect of it.

T> I don’t know if you’re aware but the taxi drivers have a completely different app.

G> We made a tool for the drivers too. They can see where the work is. Drivers spend half the time looking for work, so this lets people let each other know where it’s busy, where the traffic is building up, as a community. We’ve got a friends feature so you can see where your mates are driving around. There are a lot of social elements to it.

LBB> At what point did you feel like you had really taken off?

T> When we joined Hailo, we started hearing rumours about other people building apps. The one advantage we knew we had was that we had the best people working for us. At the time there were six of us and then we started getting ex-Google developers working for us, so we knew we had a head start. We launched last out of the eight apps, and of these eight apps we’re the only ones left.

LBB> When you started out, did you have in the back of your mind the idea that you wanted to go global?

G> My opinion is that I don’t think we’ve gone to enough places yet! We’re quite ambitious.

T> The thing is that even though we are London taxi drivers and we knew there was a problem with the trade in London, we also knew that the industry was the same all over the world and that we could fix it. We knew what issues they faced and we knew that whatever we did in London would work in other cities.

LBB> Have you found working in different markets has been difficult to navigate?

G> I guess the biggest issue has been when we launched in Osaka because there’s that language barrier. In every other country we’re present in, apart from Spain, is English-speaking. The average age of a cab driver in Osaka is about 65 so that was hard work too. But Japan’s lovely.

LBB> And the advertising on and in cabs around London seems to have really exploded in the last few months. What was your plan behind that?

G> We were really fortunate because one of the things we can do is go straight to the drivers, which brings our costs right down. I think we’ve got around 200 fully-wrapped cabs and we’ve done a deal to get 100 more half-liveries.

T> One thing I will say is that drivers could go out and earn a lot more because you get paid for carrying advertising on your cab. They took care of our advertising for a lower amount because they really believe in what we are doing. 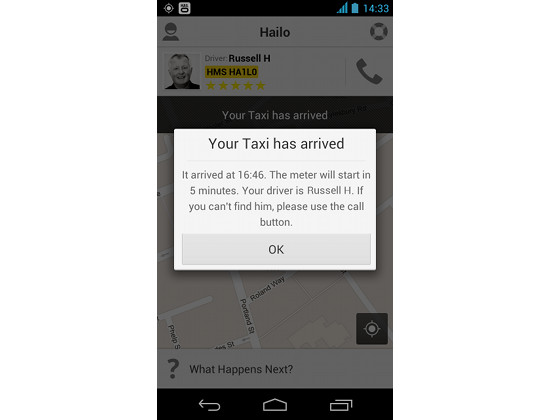 LBB> And what sort of feedback have you had from drivers? How has it changed the way they work?

G> It’s changed things especially with jobs from out of town, getting work from places they never used to. We’ve changed the ways some drivers work. The driver who drove us here told us he lives in Islington and every morning the first thing he does is switch on his app and he gets a job nearly straight away. It’s changed the hours that they do too. I was a night driver and an early morning driver, but we’re finding that these guys are working more suitable hours. We’ve created more work at less busy times, so drivers are earning more outside of peak hours.

LBB> Since you’ve done a big push on the outdoor advertising, have you noticed a big upsurge?

G> We do about 400 downloads and new accounts a day.

T> To be honest, downloads isn’t the most important thing it’s more about the customers who use it. Yeah we’ve had a couple of million downloads and thousands of five star reviews. Really big numbers. But to be honest when you’re doing this stuff, you don’t really think about that. You’re thinking about the everyday stuff and the product, always striving to improve it. For us it’s very important not to let scale get in the way.

G> One thing I will say about the advertising on taxis is that it shows other drivers we’re serious and we’re willing to spend money to bring people to the taxi trade.

LBB> What was your reaction to winning the Lovie Award?

G> It’s one of these things that, when you first start out, you really wish you could be winning them. But when you do win them you don’t have time to celebrate properly.