Brand Insight: France is in the Air

BETC Paris on their relationship with Air France 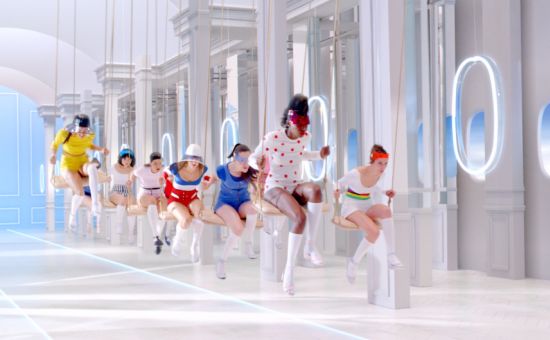 ‘Brand France’ is big right now. Major French clients are turning on the Gallic charm to woo international consumers, and no one is doing it with quite as much zest and style than Air France – and it’s all thanks to BETC Paris.

Their current strategy is a fresh take on Frenchness that’s flirty, playful and lots of fun. The past year has seen a series of seriously on point executions: the jewel-toned print campaign, the cheeky chic of the airline’s latest inflight safety video and, d’accord, the dreamy Swing into France film from directors-of-the-moment We Are From LA (ohhhh just the team behind Pharrell’s Happy video, no biggie).

It’s the latest lovechild of a relationship that dates back to 1999 – and in that time the partnership has changed the air travel sector. They pioneered strategically curated inflight music – a now commonplace weapon in the consumer engagement in commercial airlines – and proved that flight can be fun.

Jasmine on Getting Fresh with French

LBB> The ‘France is in the Air’ strategy kicked off last year with the stunning print campaign and this year BETC launched the playful TVC and the inflight safety film too. They definitely play on the ‘Frenchness’ of the brand – what was the insight that led to that approach?

When you set afoot an Air France plane you feel like you’re already a little bit in France. It’s a strong insight we had never dared building upon before because of the image of France at the time. But these last couple of years France has never been so hot. The French touch is exported with success all over the world in all types of areas: architecture, design, fashion, gastronomy… People praise the French art de vivre.

Air France is a perfect ambassador of this art de vivre all over the world.

LBB> I love that the ‘France is in the Air’ approach was pretty arch and witty. You’ve managed to do ‘Frenchness’ without lapsing into stereotypes or being intimidatingly cool – how tricky was it to hit that sweet spot?

You’re right it’s a fine balance we had to find. The state of mind is key to that effect. We wanted to avoid all the stereotypes that smelled like dust. And it’s not so easy, as when you think of France you often think of its history, its heritage.

We wanted to convey the image of what France is today: dynamic, creative, open to the world. This is the French touch that inspired us. Not intimidating at all but inspired by the world and inspiring in return.

Tone was also key. We twisted all stereotypes with a good dose of freshness and a hint of self-derision.

Tiphaine on an Enduring Relationship

LBB> How long has Air France and BETC been working together? And how do you think the brand has evolved in that time?

We have been working together since 1999. It’s a long lasting collaboration and the market has dramatically changed over time. With the development of the travel market but also with the crisis, passengers are no longer the same and their expectations are very different. The competition has also never been so fierce with low cost and Middle Eastern airlines.

We have been able to build together a strong and consistent brand throughout time. The brand has succeeded in adapting to these evolutions while staying true to its DNA.

LBB> I know the recent work has been very popular outside of France – but I was wondering how your version of ‘Frenchness’ has gone down with French people?

It has been very popular amongst French people too! The campaign was very effective in France in terms of top of mind and brand consideration; both were boosted by ten points and also involved a very positive impact on strategic brand image items (differentiation vs competition, boldness, modernity, brand desirability…).

LBB> I’ve been looking back at some of the older Air France ads from BETC – the Pool, L’Envol. What was really interesting was that while they’ve got a very different tone to the current campaign (peaceful rather than playful) there’s a definite thread that runs through everything. How have you been able to maintain a sense of brand consistency while changing up the creative and strategy?

When we started working for Air France we were amazed by the wonderful heritage we had in our hands. The brand DNA is strong and very powerful. We have always put it at the heart of all our strategic and creative reflexions.

While working on this new positioning and campaign, we looked over these incredible ads Air France had made with famous artists in the ‘50s to reconnect with the key elements of its DNA.

LBB> BETC doesn’t just do advertising for Air France! There’s the Air France Music – which is also now an app. I still have one of the early Air France CDs kicking about, it’s on my iPod! When exactly did you start collaborating with them on their in-flight music? And how did that change the way you thought about Air France as a brand?

From the very beginning in 2005, when we started working on the in-flight music, we thought about two things: it needed to be low tempo. But not the kind of library music you usually end up with in this type of context! We wanted real existing songs. In parallel, we thought that flights could be a great place to discover music, and, moreover, new artists. Therefore, we focused our playlists on up and coming acts.

This work on the in-flight music was just a starting point. Because there’s a natural link between music and travel – music can be a way of traveling while on the ground – this was just the first step towards the creation of Air France Music, a complete service offered by Air France on all its touchpoints (in-flight, in airport lounges, in its magazine, on social networks, on mobile through the app…). While setting up Air France Music, we knew that it could be something new, something special.

We think of the brand as a global brand, not only an airline. A brand that could be cool, communicate a lifestyle, a brand with which people could be emotionally connected even after the flight when they would listen to the tracks on the app or read some more information about the artists playlisted, in the magazine or on Facebook/Twitter.

LBB> It feels like when you started this, no other airline was thinking about its music in quite the same way but now most of the big airlines have followed suit. At the time did it feel like you were doing something that would change the way airlines in general think about their brands?

Airlines have always had a very classical approach of communication. And everything tends to look the same at the end. Print ads showing a hostess smiling, a businessman relaxing in his business seat and kids jumping in sea waves.

We have always had a very different approach for Air France. Breaking the airline sector’s codes by adopting a bold positioning. Creating a strong and unique identity. Working on every touchpoint to make it unique.

And in that effect music was key to us. Especially after we set up their musical identity with the Chemical Brothers track, which played a huge role in boosting Air France to the top of people’s minds.

Other airlines followed our strategy after seeing what a success it was for Air France. But no other airline yet offers the same kind of service we offer to passengers and music lovers with Air France Music. We started Air France Music long before social media was what it is today; it was a real state of mind of the brand, a service offered to its passengers – not just content created to fill in a Facebook feed.