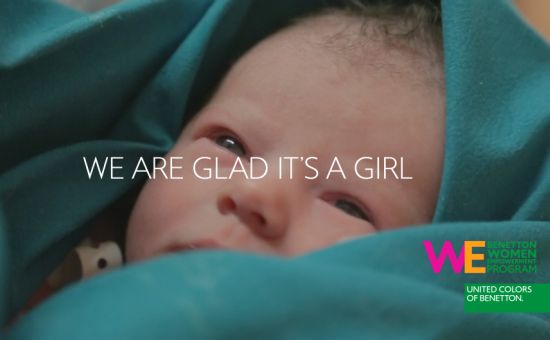 Yet, as the brand turns 50 they’ve shifted their strategy to one which is more thoughtful, less accusative and, hopefully, more likely to bring about deep-rooted social change. Uncompromising, visceral imagery carved out a distinctive voice for a brand that has always taken its social values seriously – years before the leaden buzzphrase ‘corporate social responsibility’ became a thing – but the brand wants to make sure that it’s doing more than just raising awareness. 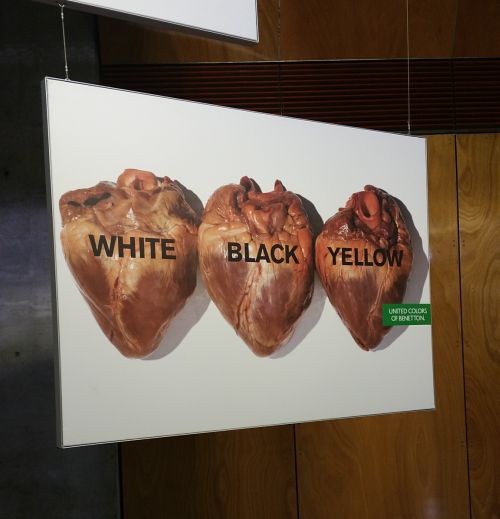 Last month, Benetton invited the world’s marketing and advertising press to their headquarters, a sprawling industrial park half way between Venice and Treviso.  The fashion brand had opened up their archive in a chic converted factory unit. The cavernous hall housed seven Formula 1 racing cars (marking the Benetton Group's F1 team) and a collection of classic ads, dating back to the 1960s. Benetton had opened its doors reveal some of its classic campaigns from its history, share a new collection (A Collection of Us) that draws on five decades’ worth of knitwear innovation – and also to launch a partnership with the UN that proves that, while Benetton’s image may have softened, their commitment to their social values are as profound as ever. 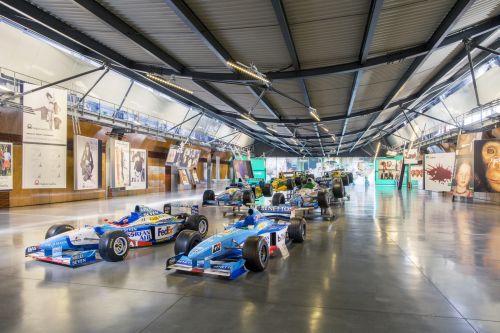 A new marketing campaign, which sees a cross-generational group of women discuss the insights and wisdom they have gleaned about life, is the public-facing manifestation of a new focus on women. The campaign, a notably gentle departure from previous efforts, has been created to showcase the 'A Collection of Us' knitwear but also subtly marks a woman-centric focus for the brand's marketing.

It coincides with the brand’s Women Empowerment scheme which will see the brand collaborate with NGOs to work towards gender equality. This ‘Sustainable Livelihood’ project is about empowering women by ensuring fairly paid jobs in safe workplaces. Benetton will be contributing an initial €2 million to get the five year project up and running. Professor Chiara from Venice’s Università Ca’ Foscari will be independently monitoring the project and will be devising a series of metrics to ensure that the scheme will be transparent and the brand will be honest about its successes and failures.

A moving and surprising film about fatherhood has also been created to accompany the Women Empowerment launch.

The new focus may not be as eye-catching as the issues-du-jour provocation of yesteryear, but it marks a commitment to substantial change. The team estimates that 85 per cent of its global workforce is female and while they are able to enforce a higher standard of working conditions in their own shops and factories they have less sway over external suppliers. One such supplier was New Wave Style, which was housed in the Rana Plaza building in Bangladesh, which collapsed in 2013, killing hundreds. With that in mind, the project looks like a way to reach into wider society to create better conditions for workers along the supply chain. They’ll be working on the ground with NGO partners to help create more sustainable conditions across the Ready Made Garment (RMG) sector.

One thing this is not, says Chief Product and Marketing Officer, John Mollanger, is CSR.

Speaking to the assembled journalists – who had flown in from as far afield as Mexico, South Korea and India, reflecting the brand’s changing global footprint – John explains that the ‘re-focusing’ is about Benetton re-affirming long standing values, not about adding something new.

“We considered ‘adding values’ or changing position but we decided the most important thing was not to reinvent the brand,” he says. The brand is organised around the values of innovation, knitwear expertise and social causes. “These values have never changed. In a way they are very old, but they have never been so modern.”

In the 1980s Benetton was something of a loner in the field of socially aware brands – but these days everyone from soft drinks brands to oil companies are claiming to be sustainable, responsible and fair. One challenge they face is communicating their authenticity and convincing cynical consumers that their approach stems from a long standing commitment, not easy tactics.

“Some of the people we talk to will be extremely knowledgeable and able to filter their own opinion. Some may not and they might be a bit confused between the authentic claims and less authentic claims but we have to be careful not to pick the wrong battle. The social aspect has something bigger at stake,” says Gianluca Pastore, Worldwide Communications Director of the Benetton Group, acknowledging the challenge. But more importantly, they can’t get caught up in badmouthing other brands or focusing their efforts on competitive tittle-tattle.

The WE Programme has been designed to be easily adaptable by other brands and partners. In the global marketplace, Benetton doesn’t have the heft of, say, a Unilever type company but they don’t see it as a reason not to try, says Mollanger. “You only lose if you don’t play. It’s highly probable, in fact it’s a guarantee, that a P&G will do more, for longer, with more resources… should that be a reason not to do it at our own size? Probably not.”

While the brand’s social causes might grab attention and headlines, Benetton is also deeply committed to creativity. And just as fame-hungry marketers are still trying to mimic Benetton’s genuine and long standing social activism, the Italian brand’s investment and support of creative talent shows up in many other companies as being all talk. 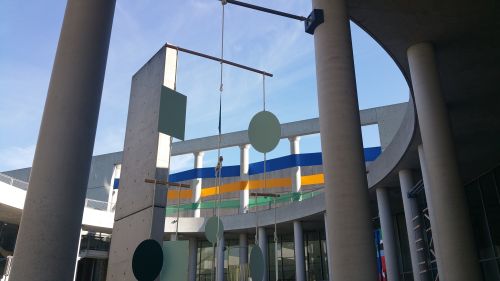 In 1994, Benetton opened the doors of Fabrica, a creative research centre near Treviso. A neat, boxy palazzo augmented by a gloriously curvaceous concrete annex designed by Japanese architect Tadao Ando, Fabrica is home to young artists, journalists, photographers and filmmakers from around the world. Talented under-25-year-olds can apply for year-long scholarships, the lucky chosen ones spend their time working with local and global NGOs, charities and brands to develop creative projects with them. They also develop Benetton’s own social campaigns – Unemployee of the Year and the kissing politicians of Unhate being notable examples. Last year Fabrica devised a campaign for Benetton and UN Women to urge the end of violence towards women, a film that features a woman who is about to be stoned to death, but the stones turn to pink petals.

In the annex’s light-flooded lobby stands a 7-foot tall rusted installation created with a local plastic surgeon who has worked extensively in Pakistan with acid attack victims. The installation shows a woman’s face burned into the metal – something beautiful created from acid, a defiant statement. Fabrica was launched under the guidance of Godfrey Reggio and Oliviero Toscani – but was first dreamed of by Benetton founder Luciano Benetton. 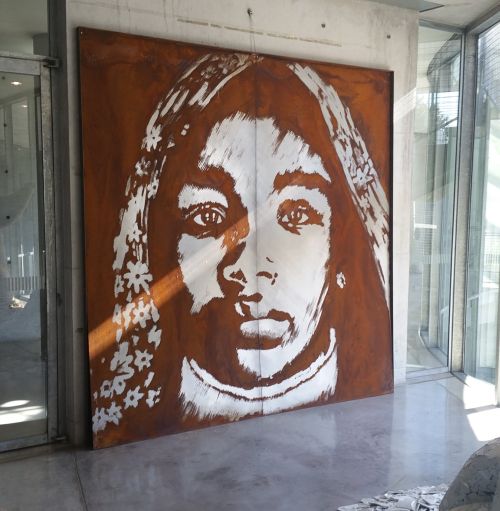 As well as the obvious social campaigns, the brand gets so much more from its support of Fabrica and its talented young creatives, says Gianluca Pastore, Worldwide Communications Director of the Benetton Group. “I think there are lot of things that Benetton gets back. Fabrica is 20 years old and you can imagine how big Fabrica’s contribution has been, from every angle. Communication is what everybody sees because, in a way, it’s the most physical thing but I think as you have experienced it’s a continuum of thinking, giving ideas and giving us a lot of inspiration.”

Benetton is a brand that has, in many ways, changed significantly over the past few decades. In the UK it has gone from a high street mainstay but on the other side of the globe, Benetton is on course to open 850 stores and concessions in India by 2016. Its market has shifted and the way the world talks about and understands the issues that affect society has become more nuanced – and Benetton’s refreshed strategy reflects that. But when it comes to a real social consciousness and a commitment to creativity, these are threads that weave through the brand’s whole history.