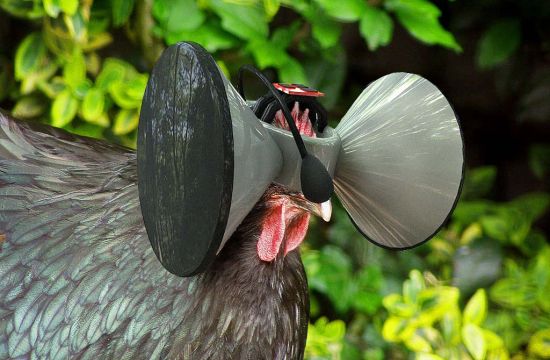 This week we've been indulging in a few flights of fancy thanks to a fairy-filled music video, an outer space adventure, an orc-tastic piece of branded content and the extremes of virtual reality. LBB's Laura Swinton lets loose with seven creative projects to help you escape the mundane.

Way to the Forest

Back in 1917, two little girls managed to convince the world that fairies existed. At the bottom of their garden they created elaborate photographs that seemed to show little winged people dancing – and when Sir Arthur Conan Doyle saw the images the Cottingley Fairies became famous. Just under a century later, Blinkink’s Elliot  Dear has created his homage to the ‘Wee Folk’, only this time they’re tiny ninjas fighting off hunters in a forest. Remember folks, every time someone says 'I don't believe in fairies' there is a little fairy somewhere that falls down dead.' Tinkerbell told me that.

This short from Korean production company AlfredImageworks plays with perceptions brilliantly. An astro-delivery man finds himself on a particularly difficult mission and traumatises the intended recipient of his precious parcel. Despicable Me-type aliens notwithstanding, this amusing cartoon also asks, what if reality isn’t what we think it is?

If you don’t know Azeroth, you soon will. The playground for hit online game World of Warcraft is set to blaze onto the big screen in 2016, and with Duncan Jones at the helm it’s unlikely to be one of those under-the-radar indie releases. WoW, as it’s known to its fans, is a classic example of a fantasy that has spilled into the real world with friendships and even real marriages forged between players who met online – and in one disturbing case it was even the platform for a murder confession. In the meantime, developers Blizzard have created a new project that aims to blur the lines further. Azeroth Choppers sees two teams of motorcycle experts – aided by members of Blizzard’s dev team – do battle to see who can create the best WoW inspired ride. No, it’s not a spoof. And yes, it’s been a hit with fans, with millions heading to YouTube to watch the online series.

Umm… for the Horde!

As species go, humans are a fairly unsatisfied bunch. The real world just isn’t enough for us – we’re always trying to find ways to make our fantasies true. The advent of cinema revolutionised our ability to immerse ourselves in different worlds. Editor Jim Casey has stitched together a lovely three minute video that details the evolution of our filmic fantasies and shows how VFX and animation has developed between 1878 and now.

Who hasn’t dreamed of being a superhero? One British inventor and TV presenter is living out his Wolverine fantasies, having created a set of fully-functioning, retractable claws inspired by X-Men’s grouchy Canadian. We’re just incredibly jealous.

Star Trek-esque ‘tricorder’ devices that scan our bodies for health problems could be as little as five years away. A fascinating feature on Smithsonian.com shows how researchers at UCLA are hacking smartphones to created body monitoring devices that can count cells, spot mutations that indicated the early stages of cancer. Tech firms like Qualcomm and Nokia are offering multi-million dollar rewards to researchers who can perfect the ultimate tricorder.

Virtual Reality for All... Even Chickens?
With Oculus Rift joining the Facebook fold and PlayStation revealing their own Project Morpheus, virtual reality technology is on its way to becoming mainstream technology. Everyone wants to get in on the escapist action. And one artist and academic has taken the technology to new extremes with a plan to create virtual reality for battery chickens, so that they can enjoy the illusion of being free range birds. We're still not convinced this isn't all an elaborate hoax, but the Second Livestock (yes, I know) website claims that this could revolutionise agriculture and even pet care (no more bored dogs ripping up cushions). Austin Stewart, an assistant professor in the design department at Iowa State University is the brains behind the project. 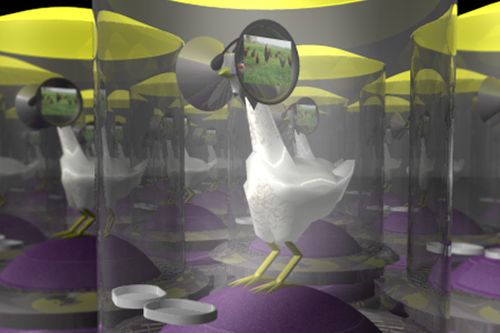