Brain Gain: How Sweden’s Start Up Culture is Feeding the Ad Industry

Trends and Insight 399 Add to collection 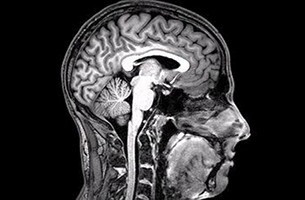 One of the biggest challenges facing the advertising industry, I hear again and again, is the flight of brilliant young minds to sexy digital companies. These days advertising agencies don’t just have to compete with each other for the most innovative and promising graduates – they’ve also got to contend with buzzy little digital start ups and app creators, prestigious giants like Facebook and Google and nerd hero gaming studios. So where does that leave the advertising industry in Sweden, a country with a disproportionately large and successful digital economy and which is home to world-leading brands like Spotify and Minecraft?

Stockholm is home to a whopping 22,000 tech companies but its population is only 789,024 (that’s about 35 people per tech company), so one might imagine that ad agencies and digital production studios are suffering from a bit of a brain drain. Surprisingly, though, things are less bleak for talent hungry agencies than you might expect.

Where agencies in other markets may despair, the uniquely open and collaborative mind set that pervades Swedish culture means that most people I speak to are pretty positive about the effects of a healthy start-up culture and a strong digital sector. It means that young people are more inclined to furnish themselves with the digital skills agencies need. There’s also a flow of talent between the advertising world and other industries that exist within the digital sphere that means that agencies benefit from an influx of digital natives with a diverse range of experiences.

According to Abby Norm Creative Director, Oskar Hellqvist, while it can be a touch tougher to attract talent, the thriving digital economy in Sweden is ultimately a net gain for the country’s ad industry. “If you ask for example a Hyper Island student what they want to do after graduating they either want to go to an agency or a start up. It’s maybe a bit harder to compete but there is a lot of creative talent here. No matter where they end up I think it’s a win-win in the end.”

What’s more, while the predominant narrative around talent and competition from other digital industries assumes that there’s something inherently less attractive about advertising, the truth is that the advertising is still an appealing industry for many digital whizzkids. Building products and platforms is a long and potentially repetitive process where you can easily find yourself as a small coding cog in the machine. Advertising, with its tight turnarounds and diversity of client demands, offers variety, stimulation and excitement.

For B-Reel creative technologist Mattias Ekendahl, it was the challenging diversity of adland that attracted him to the industry. He had the coding skills but his insatiably curious mind wanted more. Better yet, he found the person-centric ethos more supportive and encouraging than anything he had encountered elsewhere.

“I came from a university background where you write code and that’s it. ‘This problem needs to be solved, calculate it like this’. I didn’t have that advertising background,” he explains. “I wanted to start challenging myself and that’s the good thing about being at a creative company in advertising. The first day when I came here I had people mentoring me and challenging me to bring out the best of me from day one. If you go to a start-up you need to find that out on your own, you need to find the people you can bounce off. Adding to that the challenge gets better every day. There are new ideas every day, you learn to understand the emotional arc that your creative partners want to achieve, you learn about strategy.”

Over at Volontaire, Philip Ahlqwist sees that a healthy and self-sustaining eco-system has evolved, and proximity to successful digital companies in other sectors has pushed local advertising agencies and production companies to become more sophisticated in the way they work.

“The creative industry, no matter what genre, feed each other with ideas, innovation, inspiration and people,” he says. “Most good agencies tend to become hybrid agencies, or multidisciplinary agencies if you will, attracting people with all kinds of educational background and skills, because of the demands on us to understand everything from technology to organization theory apart from the fact that we package communication in a creative and impactful way. No real agency in Sweden would think of making any difference between being a ‘digital’ or ‘traditional’ agency, it’s understood that there’s digital competence and understanding for new media and creating big earned effect.”

DDB Stockholm CEO, David Sandström, goes even further and suggests that the line between agencies and other digitally-driven sectors need not be so rigid. “I think the simple answer is that we need to have the same savvyness as a start-up. We too need to have a strong belief in R&D, an unmatched pace when it comes to change and a willingness to invest into interesting ideas. I personally don’t distinguish between being an agency in the forefront and being a startup. So to be honest, we are as much in the start-up industry as any of the other 22,000 interesting companies growing in Stockholm.”

Indeed, many of the people that I talk to about this are more concerned about what their agency – or the industry as a whole – can learn from start-up culture than they are worried about increased competition for up-and-coming digital innovators. The Swedish mentality that ‘we all rise together’ provides a more optimistic model for the future of advertising agencies and perhaps the rest of the world should look to Stockholm for a blueprint of collaboration, skill-sharing and success.