8 nuggets of creativity that ticked our boxes this week 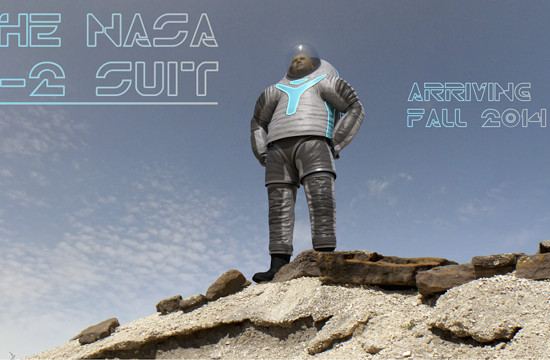 There’s astronomic excitement and more bamboozlement with the capabilities of 3D printing in these end-of-week creative treats from LBB’s Addison Capper. Oh and there’s Kevin Spacey. Being a badass.

Kevin Spacey bringing his psychopathic House of Cards tendencies to the gaming world with Call of Duty. I need not say more. 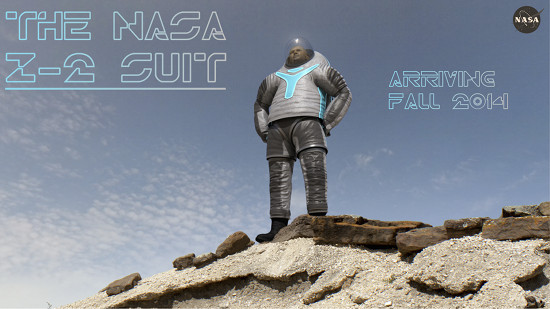 My only gripe with the new NASA space suit is that it doesn't have wings. Ok I kid, but with them we'd have pretty much real-life Buzz Lightyears heading to - wait for it - Mars! The Z-2 is set to be put through its paces in November, being exposed to environments that mimic the rocky Martian surface of the Red Planet. And although the suit will never actually make it to Mars, "each iteration of the Z-series will advance new technologies that one day will be used in a suit worn by the first humans to step foot on the Red Planet," said NASA. To Infinity and Beyond! Learn more here.

3. Not Available on the App Store 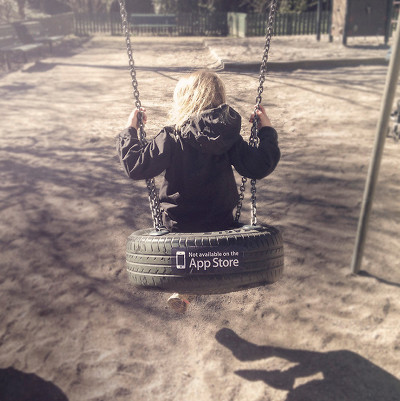 This simple sticker really packed a punch when I first saw it. It's a subtle but stark reminder of what it was like to be a kid pre-smartphone, and hits home the joys of a swing or a slide that can't (yet) be replicated through tech. 'Not Available on the App Store' is the brainchild of Hyper Island students Caio Andrade, Rafael Ochoa and Linn Livijn Wexell, and the stickers are available for purchase here or for download here. 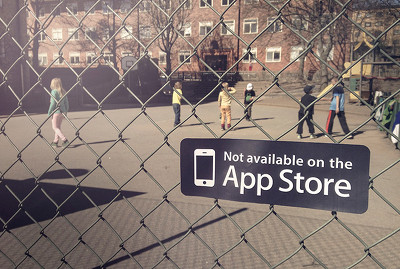 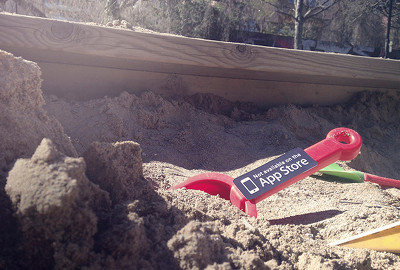 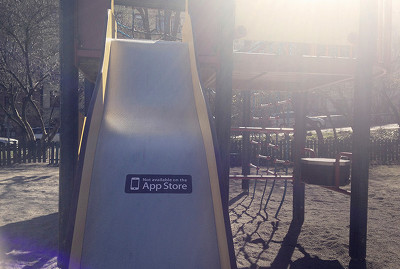 4. Please Use This Song

For a band to ‘sell out’ is the ultimate sin – sadly, though, that doesn't stop them doing it. So often we see a musician’s once edgy aura disappear and in its place come tip-tappy acoustic riffs, Dr Martens ditched for flip-flops and a wad of cash. Comedian Jon Lajoie's newest video pokes fun at those sell out bands with a track that purposely sounds like every song in every commercial ever – with freakishly accurate resemblance. 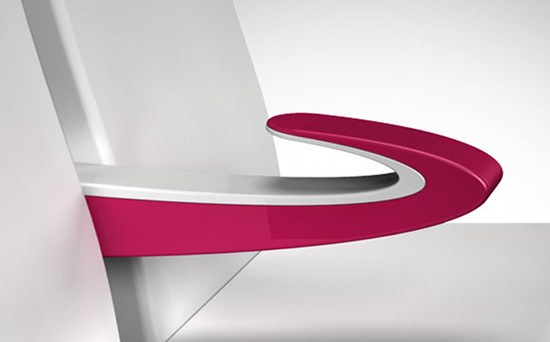 Travellers rejoice for your airplane armrest battles could be over. Designed by Hong Kong-based Paperclip Design Limited, The Paperclip Armrest features an elevated platform that allows room for two arms to enjoy a rest in harmony, instead of enduring elbows in the stomach from your space greedy fellow flyer. The concept has already picked up a few design awards, including the Crystal Cabin Award. 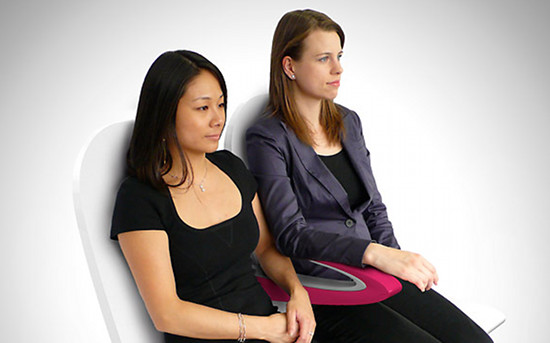 6. Whispers of the Stars: Traditional Life in the Arctic 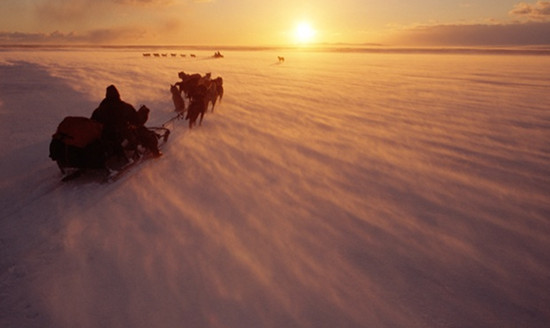 Photographer Bryan Alexander travelled to the frosty Siberian plains capturing the lives of the Chukchi, Dolgan, Khanty, Nganasan, E'ven, Nenets and Komi people. The results are these completely stunning snapshots of everyday Arctic life - hunting, herding and surviving. The shots are being exhibited at London's Horniman Museum until September. Check out the full selection here. 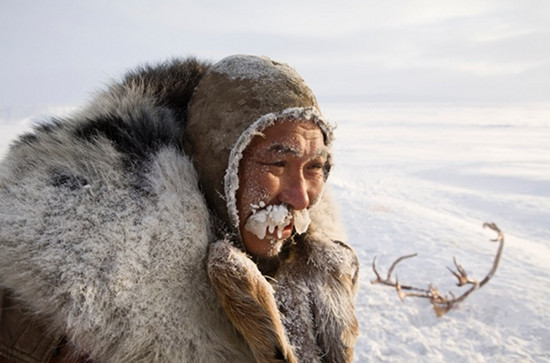 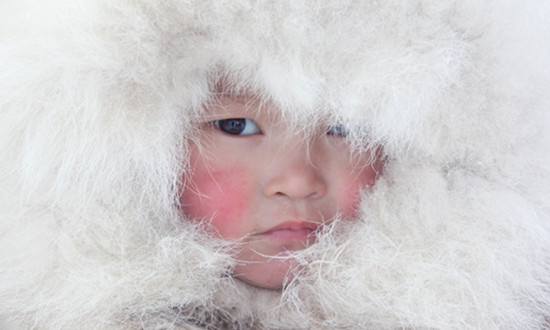 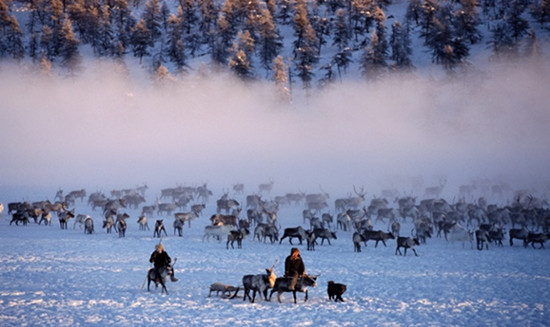 This will resonate with the creatives among you. Students at Miami Ad School's São Paulo campus have created a 'Dumb Ways To Die' parody that looks at the tough life of you guys. Which one will be the end of your creative baby? 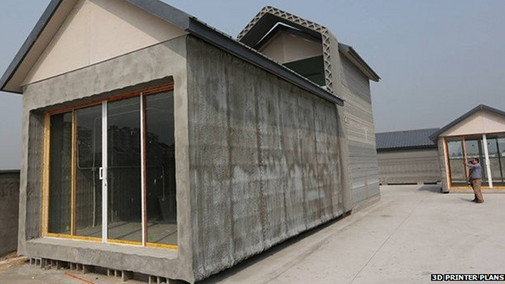 The waves being made in 3D printing and drawing right now bamboozle my head - last week I wrote about my amazement with the awesome doodler that is Lixpen. This week a company in China 3D printed actual houses. Bona fide, standing, liveable houses. WinSun, the firm behind the project, used four giant 3D printers to spray a mixture of cement and construction waste to build the walls, layer-by-layer, completing each house for a reported less than $5,000 due to lack of labour and cheap materials. Now I think we're some way away from huge suburban housing estates being erected by an army of machines, but builders - you might want to keep on your toes. Read more here.