Brain Food: 8 Ideas to Help You Get Your World Cup Groove On 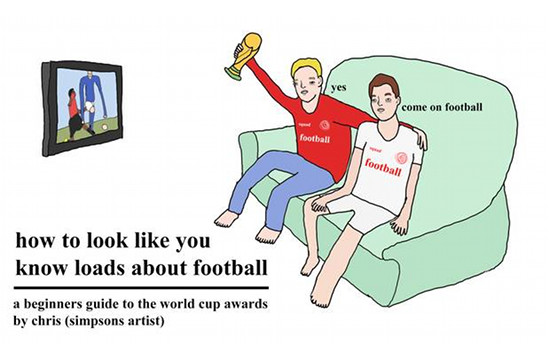 Viva Brasilia! World Cup 2014 officially kicked off last night with a (rather questionable) Brasil win. In case you’re not quite feeling that football fiesta feeling yet, LBB’s Addison Capper has picked out some World Cup related creative nuggets for you to chew on. And if even those aren’t enough to rid you of your football-induced grump then there’s a totally non-football related surprise at the end for you. Enjoy.

1. how to look like you know loads about football

Not quite clued up but don't want to miss out on the football fun? Fear not! chris (simpsons artist) (a favourite of mine) has launched his 'beginners guide to the world cup awards', and it's indispensable for you guys. 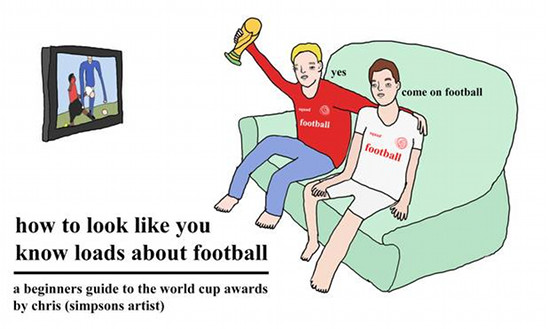 Some personal highlights are:

The Independent has the full, hilarious and admittedly useless guide here.

N.B. If you're not familiar with chris (simpsons artist) and the pictures that he 'gone and done', you should be! Check out more of his stuff here.

2. The Football to Football

Here's another guide for those not in the know. More specifically this is aimed at those among you that think the World Cup is a series of games of ‘soccer’, and ‘football’ is played with odd-shaped balls whilst wearing a helmet. Yes, I’m talking to you ‘American’ football lovers. Football to Football is a handy Chrome extension that deciphers all World Cup lingo and translates it into more understandable American football chat. It was created by Stephen Dalton, Ben Smith and Harold Jones. Install Football to Football here. 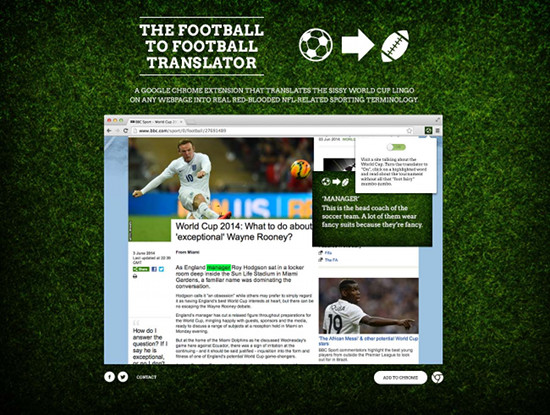 This is one of my favourite Google Doodles for a while. The block Brasilia colours are a fitting nod to the beginning of the World Cup in the land of la fiesta.

Ok. I know. You’ve probably seen it. But it had to be in here.

Just a few weeks ago I said that all I seem to do in this column is write about Lego and its seemingly endless possibilities. Well here's your weekly fix, folks. The Guardian's Brick-by-Brick series has recreated some of the World Cup's most memorable moments into this short compilation. Do you not agree there's something amusing about watching an irate Zinedine Zidane figurine head butting a fellow Legoman?

Check out a compilation video and more here. 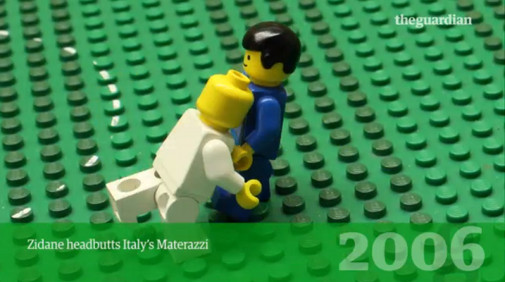 So Hooters, the American chain famed for its chicken wings and more often than not voluptuous waitresses, has chimed in to adland's World Cup. It features a former NFL coach, a professional golfer and champion wing eater, a.k.a. Jon Gruden, John Daly and Joey Chestnut, respectively, attempting to figure out the difference between (American) football and what they like to call 'futbol'. Much confusion ensues and it really tickled my fancy. Should I admit that?

Paul Scholes shuts up some rowdy Italian fans in this amusing Paddy Power film. The former England and Manchester United player is the Paddy Power Blog's lead football pundit for the World Cup.

What to do if stranded overnight at an airport? Snapchat your buddies? Play Candy Crush? Read? Richard Dunn did none of those things. Instead he spent three hours at Las Vegas's McCarran airport filming an alternative video for Celine Dion's power ballad 'All By Myself' that's nothing short of hilarious. Three hours well spent, I think. Take that Candy Crush.