Brain Food: 7 Experiential Ideas to Get Interactive With

Trends and Insight 385 Add to collection 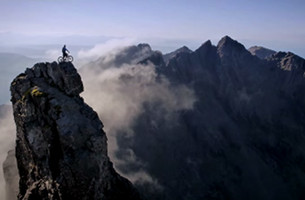 Excuse the slightly buzzword-heavy headline, but we’re getting all interactive in this week’s Brain Food. Scarevertising returns in the form of a Ouija board loving, googly-eyed lady, McDonald’s gets all gourmet Down Under, LBB launches a musical experiment with Syncbubble and McCann Oslo is ingratiating its staff with the agency’s social media in the form of a ‘Likespeaker’. There’s also an unbelievably gorgeously terrifying new film from trials rider Danny Macaskill and a properly porky party set to hit Melbourne.

Scarevertising to promote new movies is no new idea - just think back to last year’s Telekinetic Coffee Shop Surprise for Carrie and Devil Baby Attack for Devils Due - but it still gets people talking. When Devil Baby Attack launched in January it truly split LBB opinion down the middle. And this for Ouija Psychic Terror has managed to do just that again. Yes it can be kind of amusing to watch innocent people cowering away from a boggle-eyed lady and a hidden ‘zombie’ - but is it the right way to go about getting people to pay money and watch your film? Perhaps. But then, perhaps not. Either way, I can’t help but wish I could do ‘that’ trick with my eyeballs.

More Aussie food-related brilliance here. McDonald’s is testing a DIY gourmet burger menu at one of its locations in Western Sydney. Burger options include a brioche or ‘crunch’ bun, different cheeses (or all of them if you wish), and toppings such as guacamole, fried egg, mushrooms, bacon, tortilla strips and more. You can even ditch McDonald’s not-so ‘special’ sauce for a chiptole mayo or tomato jam. Once ordered (you can do this at the kiosk or on a touchscreen device) your food is delivered to you on an ever so fancy wooden board. Check out YouTube user erfanau’s review of the affair below.

LBB, in conjunction with Syncbubble, are launching a new musical experiment and we’d very much like you to join in. Find out more here!

In a bid to make the agency’s Facebook page more relevant to employees, McCann Oslo has created a ‘Likespeaker’. The handcrafted device (you can see them building it in the below vid) reads aloud all the comments made on the agency Facebook page. And on top of that, the agency has stopped posting as an ‘office’. Instead each employee takes turns to post personally, thus getting staff more involved in the agency’s social media, and each poster on the page more involved with the office. Nice!

Meet Thea. She is supposedly Norway’s first child bride. She plans to marry 37-year-old Geir on Saturday. Or at least that’s what children’s development charity Plan International wanted you to think. The story is in fact not real. It was all part of a campaign by the charity with the aim to highlight the 39,000 children who are forced into marriage every day. And it seems to have worked. A blog set up to document Thea’s story received a massive half a million readers in the run up to the ‘wedding’. Plan International said of the campaign: “We believe that provocation is a powerful tool in order to demonstrate a reality that truly is very provoking. We hope people will mobilise against child marriage by being girl sponsors, so that most of the girls facing Thea’s situation every day can escape their brutal fate.” 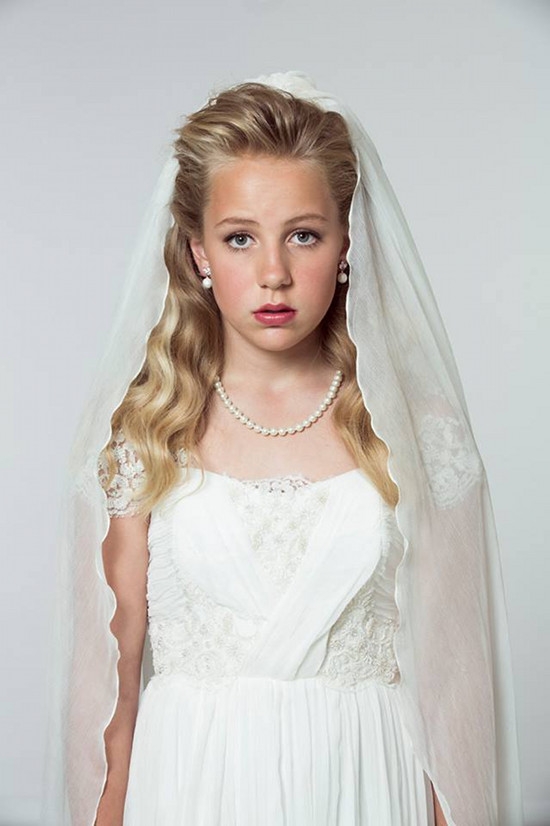 Danny Macaskill heads home to Scotland’s Isle of Skye in the trials rider’s latest film, The Ridge. The riding is equally as impressive as in his 2013 film Imaginate (you can check that out below too), but what really got me with The Ridge is the awe-inspiring production involved. The set to Imaginate, with its children’s bedroom-like set, was a lotta fun, but no match for the Scottish scenery we’re treated to in The Ridge. Captured jointly on drone, helmet-cam and other handheld equipment, the film features Macaskill diving into a death-defying ride along the island’s notorious Cullin Ridgeline. NB: there are a few shots that might make your legs turn to jelly!

The fact that Melbourne even has an entire event dedicated to cured pig is reason enough to be featured in this feed. But the promotional film from Airbag Production’s Adrian Bosich brings some proper Aussie humour to the porky affair. The spot features Remo Palermo, champion of last year’s Festa, and documents his relationship with salami - think sprinkled over cereal and adorned across eyes to complete a soothing face mask beauty treatment. The Festa was founded by Leo Burnett Sydney creative Carlo Mazzarella as a way to celebrate the ‘garage-to-plate’ philosophy of homemade salami. So carnivores of Melbourne, take note: meat feast to take place on Sunday 26th October. Get tickets and get eating here.