Trends and Insight 610 Add to collection 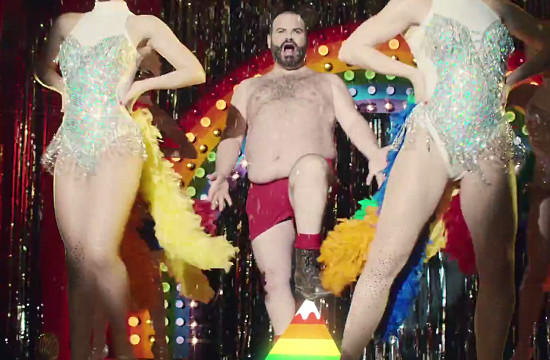 Channel 4 marked the beginning of the 2014 Sochi Winter Olympics with a typically tongue-in-cheek film. Coinciding with the broadcaster’s recent airing of ‘Hunted’, a documentary about scrutiny against the Russian LGBT community, 'Gay Mountain’ uses a pretty outrageous ‘bear cabaret’ and lyrics, such as 'Good luck Gays, on gay mountain', to humorously portray its very serious message.

New Yorkers seem to be having it pretty tough of late. Aside from the relentless snowfall, it seems marketers think that the city has thick enough skin to deal with being scared the bejesus out of, all for the cause of prankvertising. In January it was ‘Devil Baby Attack’ and now AMC and agency Relevant have placed The Walking Dead’s famous ‘Walkers’ beneath a sidewalk to grab unsuspecting passers-by. 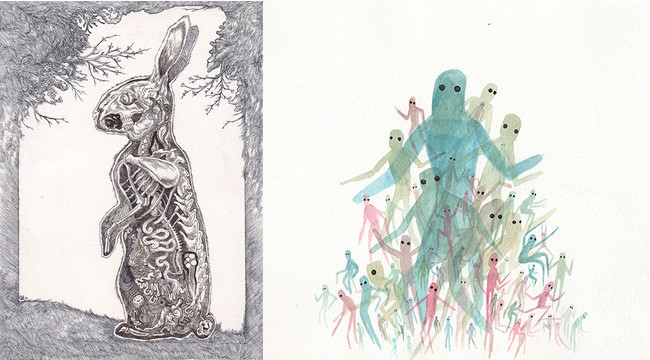 Christophe Gilland’s illustration is dark, eerie, but completely hypnotising. Originally raised at Disney Land, he eventually moved to Prague, where the endless sources of artistic inspiration had a “profound effect” on his creative path. Check out more of his amazingly detailed and imaginative work at: http://christophegilland.tumblr.com/

4. An Even More Diverse ‘America Is Beautiful’

Coca-Cola ‘America Is Beautiful’ became the most talked about ad of the Super Bowl for all the wrong reasons. In response to the over-reacting Twitterati, comedy troupe Garlic Jackson has just dropped this super-diversified, fun-poking parody. Some of the languages you hear are Game of Thrones’ Dothraki, dolphin and Star Trek’s Klingon. 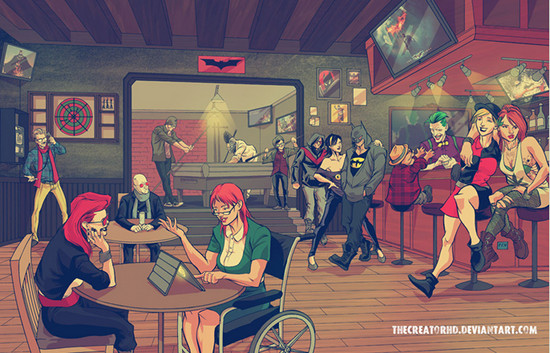 Comic-book characters of yesteryear get a 21st century hoody-wearing, trilby-donning hipster makeover in these eye-widening illustrations by Phil Sevy. 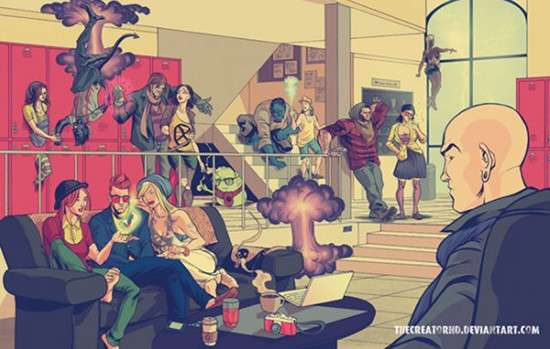 The ins-and-outs of EYEsect are a bit too bamboozling for me to re-lay. But the long and short of it is that it allows users to experience their environments from completely new points of view. Think a chameleon. Or a rat. Or any other animal that takes your fancy. Read the experts’ explanation at: http://theconstitute.org/eyesect/ 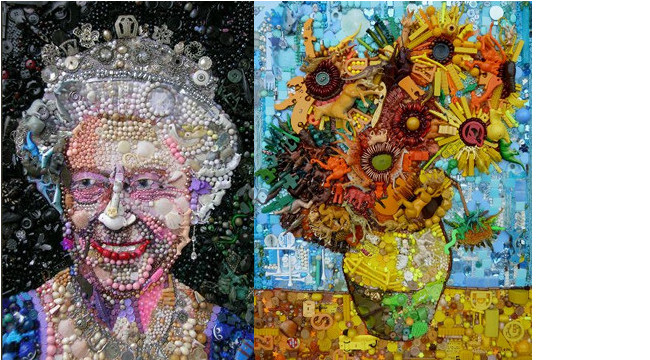 The mosaics you see above are created with nothing other than objects found on the floor. UK-based artist Jane Perkins collects beads, buttons, toys and anything else she sees fitting to re-create artwork in a number of styles. See more of her work at: http://www.bluebowerbird.co.uk/info.htm