Trends and Insight 290 Add to collection 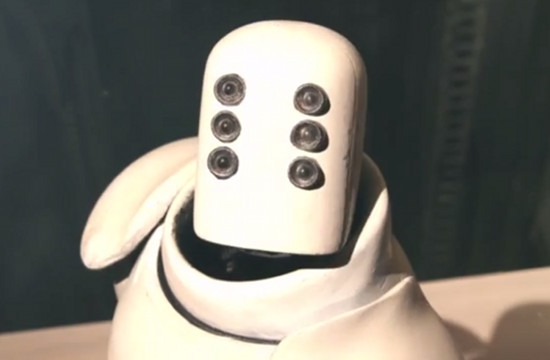 According to the promo’s creators, Legwork Studio, this was a real labour of love. The video was started as an experiment with animation techniques as the team set out to achieve the handcrafted feeling of paint mixed with 3D camera movement and settings. Alas, as is all too easy with extracurricular projects like New Leaf, it sadly took a backseat. Two years down the line the final production is really rather beautiful and totally worth the wait.

This is just a lot of fun. If only real clients were this brave, right?

Chune is a nifty little cube that curates playlists depending on who’s around and what the vibe is at the time. Anyone present can give it a tap with their phones and choose the music they like, which it cleverly remembers for next time, and then toggle the vibe control to fit the mood. Check it out at: http://chune.co.uk/ and avoid ‘what shall we listen to?’ style mind-blanks forever.

Set in a dystopian future at a time long after a deadly conflict between humans and clones, at first glance Junk Head 1 is an excellent stop-motion film. But when you learn that there was absolute zero budget and that it was created in one person’s spare time over four years, it becomes all the more remarkable. Its creator, who goes by the name YAMIKEN, has plans afoot for a sequel. If you’d like to see it, you can support the idea at http://www.indiegogo.com/projects/junk-head-2--2.

I was a bit of a soap dodger as a child. So I feel for parents scrapping with an angry nine-year-old that’d rather be liposuctioning an ‘overweight’ Barbie model on the family tablet than brushing their gnashers before bed. Created in-house by the Ad Council, this app combines a well-executed, good idea with wonderfully old school animation to push little ones to brush their teeth. It’s available on iOS and Android, but you can also have a go at: http://2min2x.org/PlayToothsavers/ 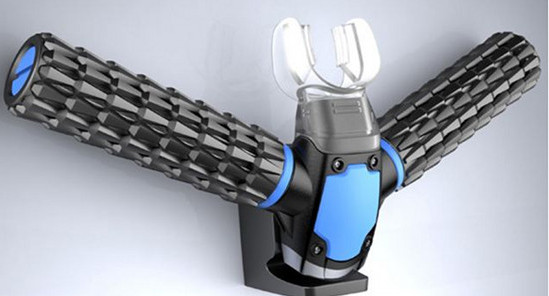 Sadly just in prototype stage right now, Triton could fulfil those childhood dreams to one day be like James Bond. It acts like a fish gill, extracting oxygen from the water so the user can continue breathing underwater, reminiscent of Sean Connery’s rebreather in Thunderball.

Partizan director Tabitha Denholm heads to Louisiana in this horse-themed short for Nowness. It looks at how modern day influences, like R&B and hip-hop is changing the state’s deep-rooted trail-riding traditions, and also makes for an alluring look at the riders’ relationships with their horses.