Brain Food: 7 Creative Ideas to Get You in the Mood for Summer

Trends and Insight 332 Add to collection 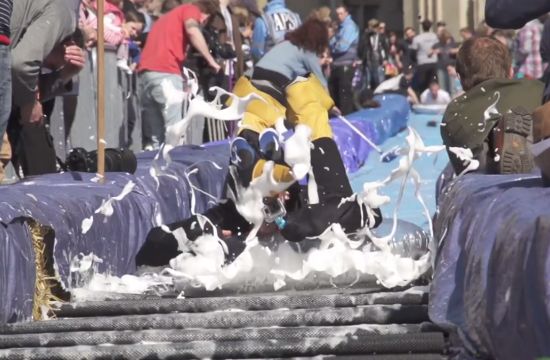 This week LBB's Addison Capper is getting in the mood for summer with a selection of scorching creative ideas. From Bristol's giant water slide to FCB São Paolo's innovative print ad that helps parents keep track of their kids at the beach, a bit of barbie genius from JWT Brasil and Old Milwaukee's 'Pass Me a Beer' sequel.

This year Bristol was named as Britain's best city to live in. Alas I've never visited, but I'm willing to wager that it could now well be Earth's best city to live in. Why? Water slides is why. Artist Luke Jerram recently installed a 95m (300ft) water slide on one of the city's streets. Commuters could slide their way to work and dog walkers need not walk anymore. Ok I'm getting a tad over-excited and carried away, as sadly the experiment was a one-day-only treat for the Bristol Art Weekender - but it's still completely excellent. What's more, if you want your own super-soaky-speedy-spectacular water slide, Jerram is set to post instructions on this webpage soon. Keep an eye out!

Take these two to a party and it'd get messy. And probably quite dangerous. But from the comfort of my office chair, I love this. The brilliantly creative beer chucking you see isn't just convivial nonsense, but actually a super smart brand film for Old Milwaukee beer. It's a joint collaboration between the brewery and Funny or Die's Almost Twins, and acts as a sequel to the equally awesome 'Hey, Pass Me A Beer'. 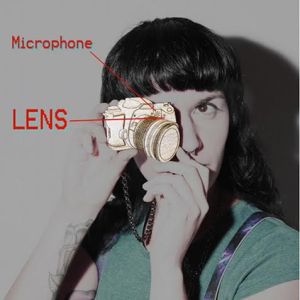 This little device conjures the image of a hipster James Bond. He drinks his martinis from a jam jar, rides a rocket-firing fixie, and fires lasers from a 1980s gold Casio. The nifty thing was created by Olivia Barr as a gift for her 101-year-old, photography-mad grandma. It's a real camera that's made to look like a fake camera as a piece of wooden jewellery, and includes a spy camera embedded within a piece of walnut that's merely half an inch thick. You can buy it for £90.80 on Etsy and see a selection of images and videos that various artists have taken with it on this Tumblr.

Big data just got a whole lot bigger. And by bigger, I mean really big; Sony has developed a cassette tape that holds 185 terabytes of data. Yes, a cassette tape. When I first saw this story I was more shocked by the unnerving feeling that I had been transported back to 1989 than the massive capacity Sony has managed to develop. But a bit of digging tells me that tapes' storage density rivals all others, making it perfect for storing big data. But let me put that 185 terabytes figure into perspective; that's 60 millions songs, which, according to Mashable, is "far more than anyone could listen to in their lifetime (that would be about 17 million, assuming continuous listening for 100 years, even while sleeping, and 3 minutes per song)". 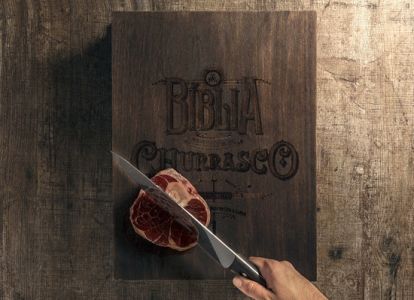 Cooking meat over charcoal is an art that can only be honed with time and practice. I should know; as a meat lover who struggles with BBQ, I've had many a tantrum over a piece of overcooked ribeye. JWT Brazil, however, has created book that can help grilling geeks like myself. Created to promote the Tramontina cookware line, 'Biblia Definitiva Do Churrasco' (The Barbecue Bible) contains a thick sheet that breaks into lumps of charcoal, another to get the fire started, and one more to fan the flame. On top of that there are pages that sharp knives, wrap meat, are suitable to chop food on, and use as an apron. Sadly my meat-induced tantrums are set to continue for the book was only distributed to a few select chefs, although it is said that a simpler version is being designed that'll be available in shops. Happy grilling!

More brilliant Brazilian work here. Alongside sunburn, another worry for parents taking their nippers to the seaside is losing them amidst a sea of people, sand and, well, the sea. But this incredibly useful print ad for Nivea by FCB São Paolo includes a removable bracelet for your child to wear, and which syncs to a specially designed phone app. You can then set a limit of how far your young 'uns can venture before the app alerts you, leaving you to relax and enjoy that enjoy that caipirinha with little worry.

One of the downsides of social media is that it's given some folk a sense of entitlement to abuse others without any repercussion - and under performing sports stars must be up there with those that endure the most jeers. But Arsenal Football Club players with the help of Paddy Power are hitting back negative fans with this amusing video.