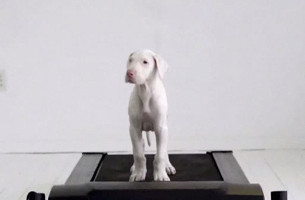 This week’s Brain Food (well, some of it anyway) will make you all warm and fluffy inside. First up we’ve got the loveliest doggy diary of a pet who wasn’t expected to live, and then a mother’s dating film that was made in secret by her doting son. There’s also some new hilarity from HelloFlo and an uber gritty McDonald’s spec ad featuring the Hamburglar.

South-African filmmaker Dave Meinert saved this beauty of a pooch from a backyard breeding puppy farm. Despite her rescue, hope of Pegasus’ survival were quite thin as her siblings had died or were deformed. With that in mind, Mienert filmed Pegasus every day and made this really lovely short.

Alex Lyngaas has spent the last year secretly working on the most epic dating film for his mother, Eva. Though Eva has been on a few dates, things just haven’t worked out. And it’s hard to see why. Eva seems properly brilliant. She’s pretty, nice, and enjoys things like beer drinking, cross country skiing, yoga, art and loads more awesome things. Do you also enjoy these things? Contact Eva at icouldbeadam@gmail.com

For the latest instalment of its This Is England franchise, Channel 4 is inviting creatives to submit poster artwork that captures the booming dance scene of 1990s Britain. The three winning artists will have their work used in the interactive campaign for the series and will receive a mentoring session from 4Creative that’s worth £1,000. Interested? There’s more info and inspiration here and on this Pinterest board. 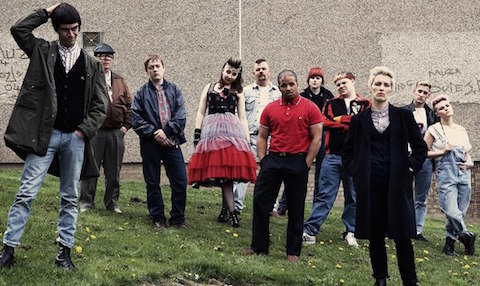 HelloFlo is back with this hilarious tale of the Period Fairy. It’s, like, totally vagical.

McDonald’s announced the return of the Hamburglar last week and his new appearance garnered a, errr, mixed reaction. Some thought he was downright creepy. Others saw him as super hot. Anyway, if you’ve been a bit let down by the whole resurrection, production company Whiskey Tongue has put together this spec ad featuring Ronald McDonald and Grimace picking up the original Hamburglar from Jail. It’s exciting, gritty, fun and totally gorgeous to look at.

Jetpacks are one of the main items featured in past future movies that don’t yet exist in modern day society. Yet while their rollout to the general public is still someway off, there are folks out their taking huge steps in the advance of ‘human flight’. In this film, Jetman Yves Rossy and his protege Vince Reffet explore Dubai and its surrounding deserts from the sky.