Brain Food: 6 McNuggets of Creativity to End Your Week On

Trends and Insight 311 Add to collection 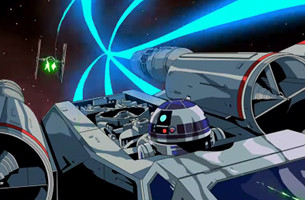 We’ll admit that there aren’t actually any McNuggets involved in this week’s Brain Food. There are helluva lotta Big Macs though. LBB’s Addison Capper has also dished up a stunning anime Star Wars short, Buzzfeed style political news coverage from The Sun, a bench that lets you sit next to Mad Men’s Don Draper, a nod to yesterday’s Nike Air Max Day, and an opportunity to get your best football goals analysed on TV.

Do you like your beef inside bunz? If so, you can now instil all that beefy goodness into all walks of your life thanks McDonald’s Sweden’s lifestyle collection of Big Mac emblazoned merchandise. The collection was launched in Stockholm on Tuesday at a ‘McWalk’ fashion show and includes products like thermal running gear, wallpaper and a dog coat. You can order such meaty merch at http://bigmacshop.se/ 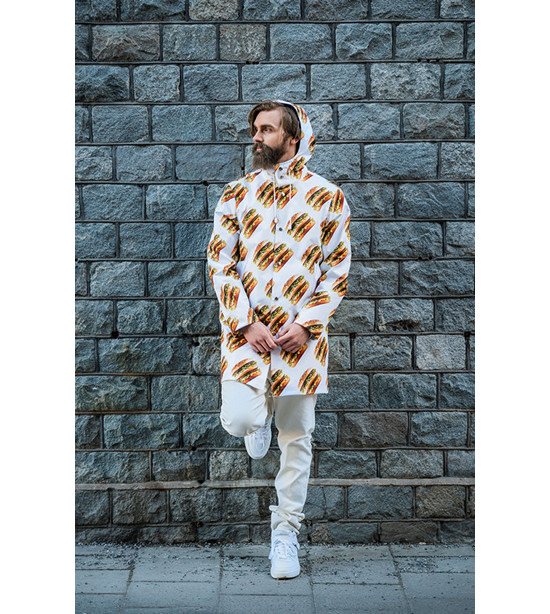 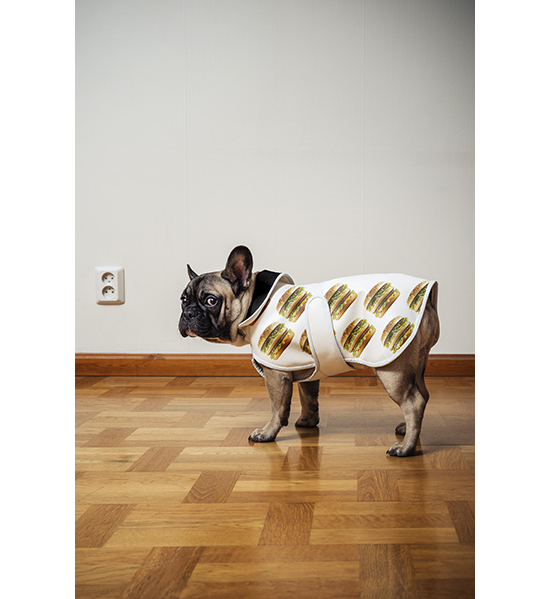 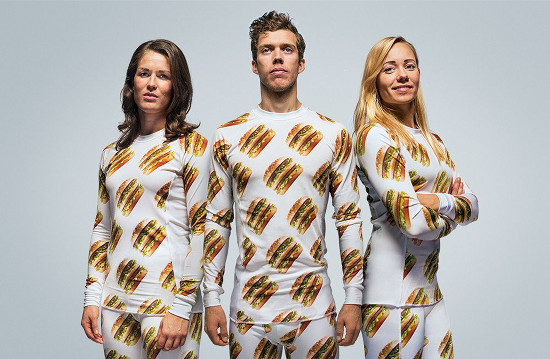 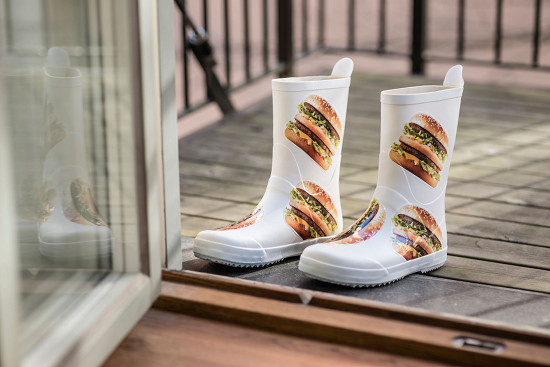 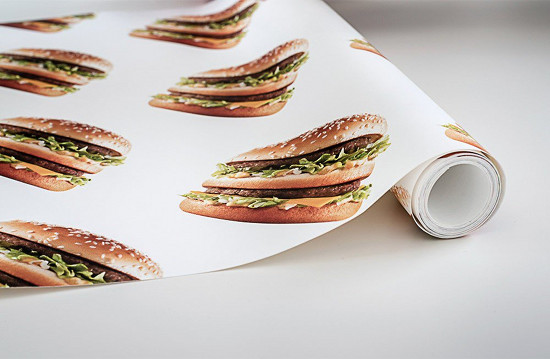 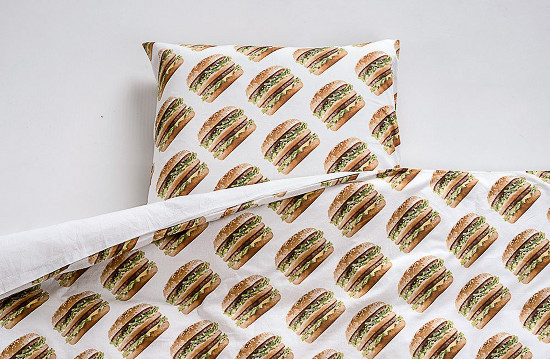 Animator and artist Paul ‘OtaKing’ Johnson spent four years creating this stunning anime style Star Wars short. The story follows a group of the Empire’s TIE Fighters as they tear apart nearby Rebel forces, all to the tune of some brilliantly retro guitar riffs.

In a bid to keep its political reach relevant despite its online paywall, British newspaper The Sun has launched ‘SunNation’, a Buzzfeed style site that’s covering the 2015 election. It features fun lists, quizzes, bacon sandwich throwing games and exclusive content like ‘Cam Cam’, which is footage from a camera Prime Minister David Cameron wore for a day as he went about business. It claims to “appeal to people of any political persuasion”, but the site’s content does have a definite Labour-bashing sway to it. Check it out here. 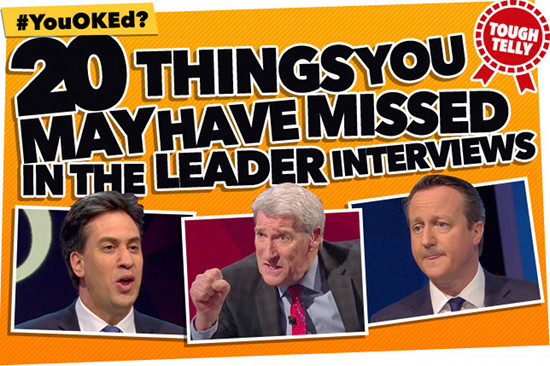 The closing shot of Don Draper’s silhouette in the Mad Men credits has become almost as synonymous as the show itself. And now New Yorkers have the chance to sit next to that exact silhouette thanks to a bench that’s been placed outside the Time-Life Building, the home of fictional ad agency Sterling Cooper. It was designed by Pentagram. 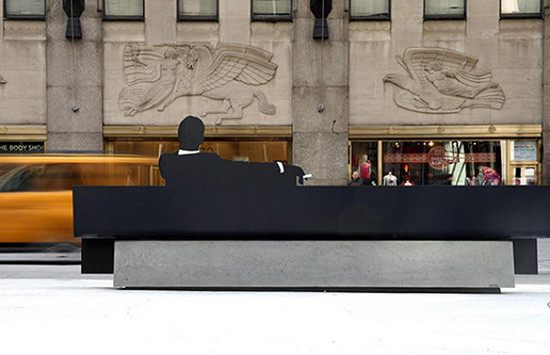 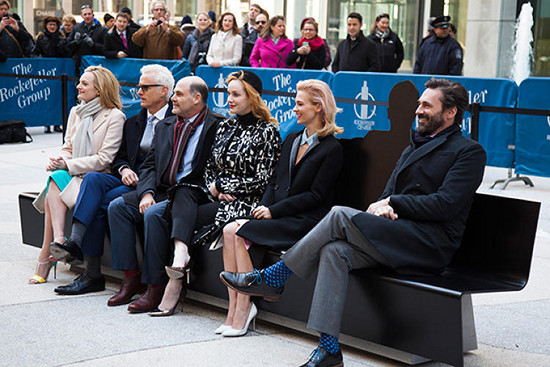 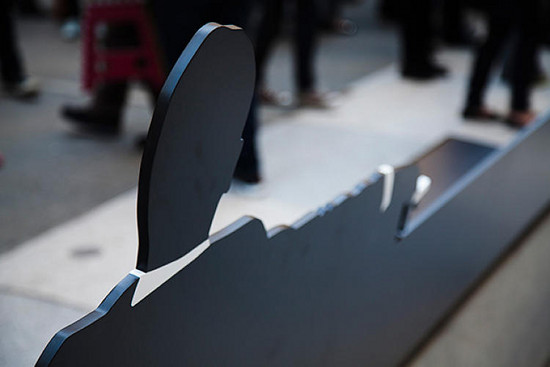 It was Nike Air Max Day yesterday so I felt it fitting to include this iconic, 1987 ad for the first ever Nike Air Max 1. It was created by Wieden+Kennedy, directed by Peter Kagan and marked the first ever time that a Beatles track was featured in a commercial.

British football fans will be familiar the punditry of ex-footballers Gary Neville and Jamie Redknapp. Budweiser and Sky Sports are offering amateur ‘Sunday league’ players the chance to have their goals analysed by the pair in a TV ad, along with expert commentary from commentator Martin Tyler. The initiative has launched with a spot from Anomaly London that featured Neville, Redknapp and Sky Sports presenter Ed Chamberlin analysing a screamer by ‘Tommo’, who plays for ‘Dynamo Kebab’, before inviting others to submit their videos. Send Budweiser your screamers here.