Brain Food: 6 Creative Ideas to Get You Excited for the Silly Season 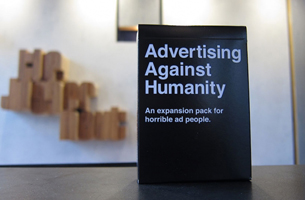 It’s the season to be silly, and with that in mind that in mind LBB’s Addison Capper has themed this week’s Brain Food around it. There’s some really terrible (but brilliant) adland-themed chat up lines to help you awkwardly pick up your peers at the office party, and an advertising Cards Against Humanity expansion pack that’s essential for any horrible ad people (yes, we're looking at you). We’ve also found the craziest way to make the crispiest katsu, a Wes Anderson spin on the new Star Wars, a blog that imagines if animals could chat like humans and an animated music video with an impossibly large amount of film references.

Advertising company Christmas cards are a bit of an indirect form of competition during the festive season, as each agency tries to out-do others. Well, I think Toronto-based animation and VFX studio The Juggernaut might have just nabbed the 2014 top spot with their Cards Against Humanity expansion pack “for horrible ad people”. The best thing about ‘Advertising Against Humanity’ is that it’s just one giant p*ss-take of the advertising industry as a whole. The packaging reads: "This is an expansion pack for the card game Cards Against Humanity. These cards are as despicable and offensive as the advertising industry itself. You might be all 'you guys ripped this off' but how many ideas did you steal from Reddit this year?... This Expansion pack was conceived by a creative team for the sole purpose of winning awards. So, tag #AdvertisingAgainstHumanity and you could appear in their shitty case study video." Sadly the pack is only being sent out as Christmas gifts, but we can live in hope that The Juggernaut decides to print enough to sell on. NB: the cards were written by kbs+ Toronto’s Lyranda Martin-Evans and Travis Cowdy. 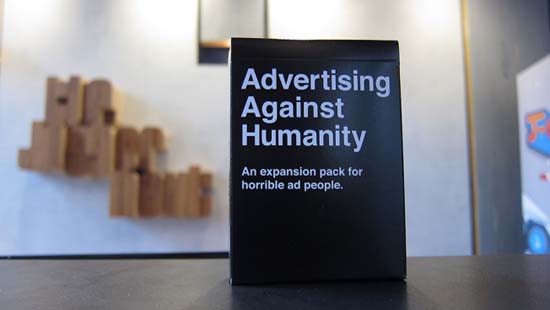 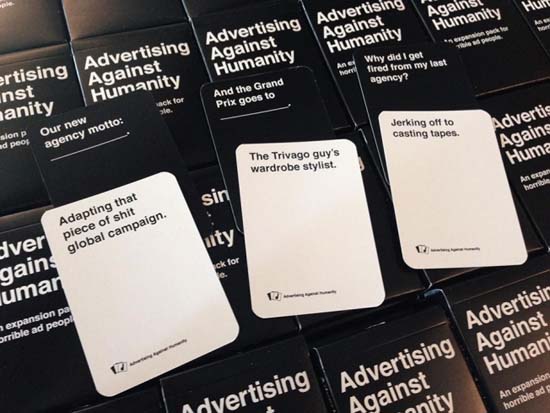 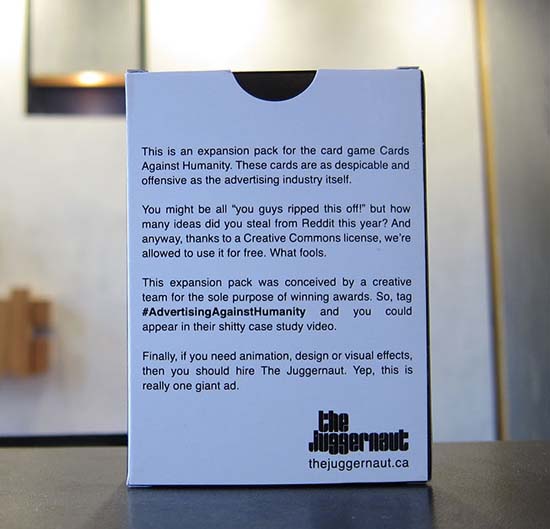 It’s Christmas party season and for some of us that means for some serious in-office wooing. And what better way to awkwardly pull Bill from finance or creative hotshot Jen than with the sweet sounds of social, integrated and apps? All you gotta do is pay for the Adland Chat Up Lines book with a tweet containing the hashtag #AdlandChatUpLines and anything is possible this Christmas. Read more here. 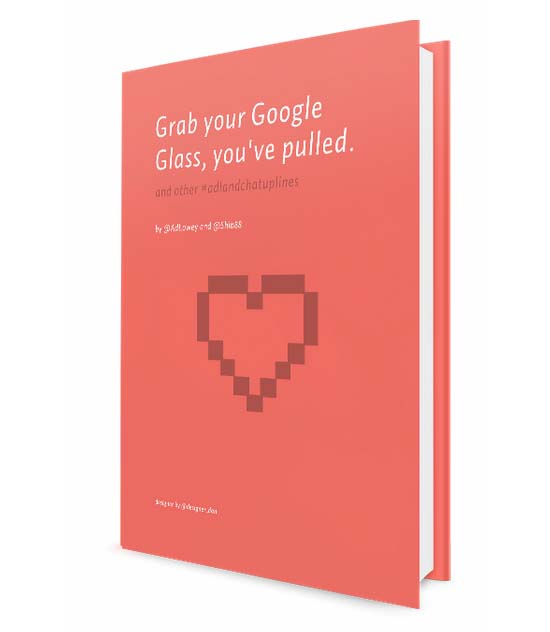 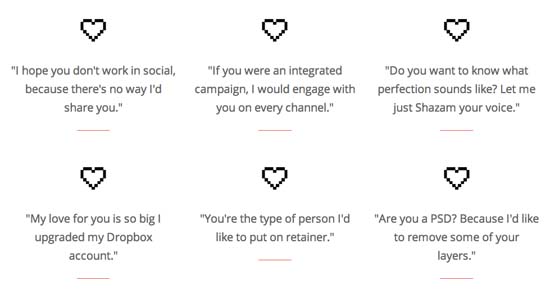 I love myself some katsu – mmm, that crunch – and after seeing this bonkers but quite excellent film for Japanese mobile phone company NTT DoCoMo, I think I need to try the offering from this mother-daughter dream team.

Ever wondered what animals would say if they could talk? If ____ Could Talk is a fun project from INNOCEAN USA copywriter Josh Cassidy and Brooklyn-based art director Carla Butwin that helps to shed some light on the matter. Amusing illustrations include a black sheep declaring his distaste for family reunions and a bucktoothed walrus debating if he needs a dentist appointment or not. Check out the rest of the Tumblr account here. 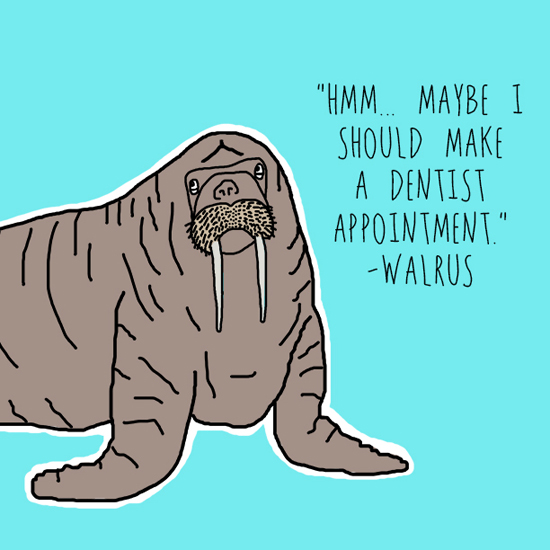 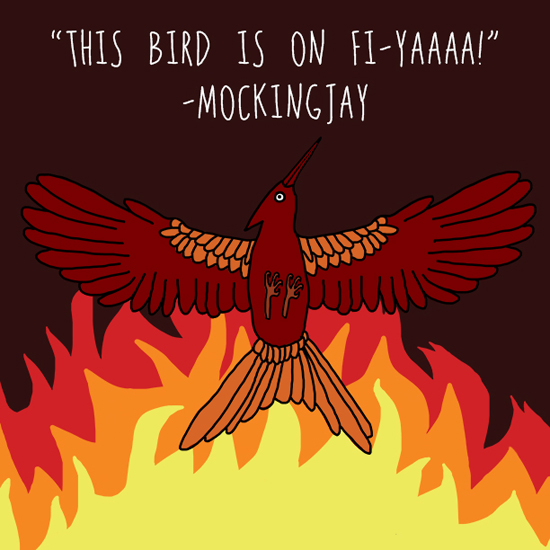 Star Wars is great ‘n’ all, but it’s a bit moody isn’t it? Those rebels need to lighten up. This awesome remix of the recent Star Wars ‘The Force Awakens’ trailer re-imagines the film in the style of Wes Anderson. I think it’s totally silly and totally great.

There are so many movie reference in this promo that’s it’s surely impossible to find them all. How many can you get? The gorgeously fluid animation was created, designed and directed by Chris Carboni for Cruisr.

Cruisr / All Over from Chris Carboni on Vimeo.