Brain Food: 5 Totally Futuristic Ideas to End Your Week On

Trends and Insight 341 Add to collection 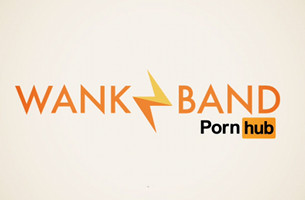 Thanks to biohacking, we’ve recently been treated to such delights as the lab-grown ‘frankenburger’ and vegan cheese. And now, experts from Boston-based Gingko Bioworks have announced ‘eau de yeast’, a perfume made from genetically engineered strains of yeast. The need for genetically engineered perfume is down to the inconsistent crop yields of rose plants in Europe. Read more about it on New Scientist.

What if agencies began hiring drones as employees? Would they be a welcome, helpful addition to the team? Or just a massive, noisy pain in the ass? This funny short from agency MRY suggests the latter.

Residents and business owners of the St. Pauli quarter of Hamburg were fed up with the steady stream of urine that would stink. So fed up, in fact, that they took matters into their own hands. It was peeback time. Members of St. Pauli’s Community of Interest began applying a superhydrophobic coating to walls that cause urine to splash back at public urinators. Have that!

At last week’s Addy Awards a pretty offbeat campaign picked up Best of Show. Kentucky Fried Chicken Bone Gold Necklaces were created by Kentucky for Kentucky, a website run by local adland stars Whit Hiler and Griffin VanMeter that create unofficial tourism advertising for the state. The campaign involved taking one of Kentucky’s best exports, KFC (just the bones to be precise), and turning them into real gold plated necklaces. So when the outlandish campaign won at the Addys and Hiler and VanMeter couldn’t make the ceremony, it was only fitting that they accept the award via an equally freakish film. They did not disappoint.