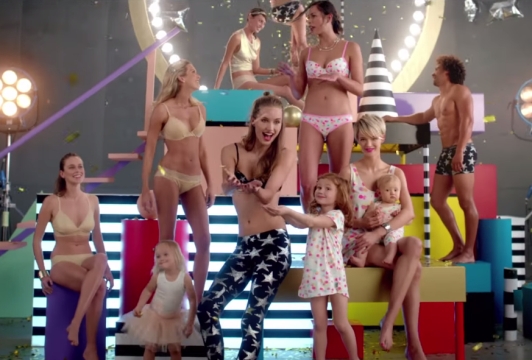 Bonds has announced the launch of its 2014 Christmas campaign titled “Shine Bright”, via Clemenger BBDO Melbourne.

For the first time ever, Bonds has created a product range specifically for the festive season, featuring glittering gold, sparkling stars and bright confetti prints for young and old.

Directed by Campbell Hooper of The Sweet Shop, the campaign launched last night with a 60 second TVC.

Hooper says, "It was an exhilarating experience to collaborate with Bonds and Clemenger. They fully supported my creative approach and embraced all the colourful chaos I presented to them. Together we produced something amazing that really captures the energy and magic I wanted to share.”

The ad features new music from American electro-rock outfit, Parade of Lights and their track “Golden”, which will be released by Universal on iTunes in Australia this month.

Bonds General Manager of Marketing, Tanya Deans says, “We’ve always celebrated Christmas at Bonds, but this year is extra special with the creation of our Shine Bright range. The bright and colourful prints are designed to capture the fun and wonder of the festive season and we wanted this campaign to do the same”.