Do you agree with our favourites from Sunday’s Big Game? 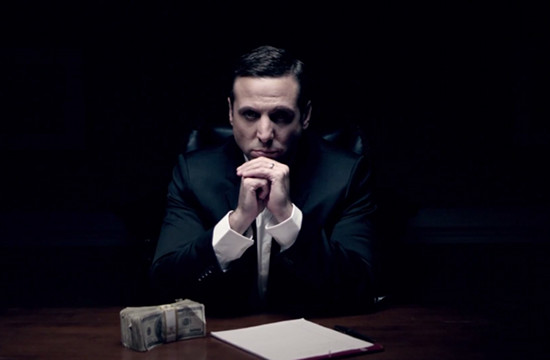 At the weekend, two teams of burly men took to the field to do battle over an odd-shaped ball. But that’s enough about the Rugby Union 6 Nations. There was also – and you might have missed this – the small matter of the Super Bowl XLVIII. While the Seattle Seahawks were busy thrashing the Denver Broncos, it was the North American ad industry’s time to shine. With 111.5 million viewers and 24.9 million Tweets shared, there were plenty of eyeballs and buzz to justify the $4 million average price tag for 30-seconds worth of national air time. But when it came to the contest of creativity, who won the championship? Check out the LBB team’s top Super Bowl ads.

“The eighties called, they want their store back.’ If there’s a time for shameless nostalgia and Hulk Hogan, then it’s got to be the Super Bowl. Teen Wolf, Norm from Cheers, Chuckie and more invaded this high energy spot. Plus it’s a brave move for a brand to slag off its own retail space, so in our eyes it’s a spot whose cojones are as big as the soundtrack. It’s a risk that paid off – stocks went up 7% on Monday Morning.

If RadioShack stole the show, Maserati stole our hearts with the beautiful spot starring Beasts of the Southern Wild actress Quvenzhané Wallis. Quietly powerful, the creative from Wieden+Kennedy Portland and direction from David Gordon Green avoided the usual slushy sentimentality that tends to infect the more emotional Super Bowl spots.

Move over Saul Goodman, there’s a new lawyerly infomercial star in town. This spot only aired in Savannah Georgia, but it’s so chock-full of overblown bad-assery that it’s made its mark as one of Super Bowl’s unexpected break out stars. The two-minute epic was written and directed by lawyer Jamie Casino and there’s no objection from us.

Coca-Cola’s America Is Beautiful spot may well be the most controversial spot of the Super Bowl – and for all the wrong reasons. The simple and rather lovely idea sees the song America Is Beautiful sung in seven languages and invokes the spirit of the country’s history as a melting pot of cultures and a land of hope. And then the Internet had to go and ruin everything with a flood of nasty-minded Tweets. Well, we are definitely #TeamCoke on this one – good job Wieden + Kennedy Portland and Skunk.

From a production point of view, the Bud Light spot from BBDO New York was indisputably impressive. An unsuspecting member of the public finds himself cast as a latter-day Alice in Wonderland and falls through the rabbit hole into one of the most surreal nights of his life. Llamas, Don Cheadle, beautiful twins and a ping-pong match with Arnie… and all captured in a well-choreographed stunt. Kudos to production company HēLō and director Jeff Tremaine.

Every year Doritos ‘Crash the Super Bowl’ with their commercial competition, but this year their agency Goodby Silverstein & Partners took that phrase literally. Fifty fans were smuggled into the stadium to create a record-breaking giant Dorito in the stadium. And yes. Twitter went crazy.

The fog on the Tyne may be all mine, all mine, but the humble Newcastle Brown Ale from the North East of England is out to make a splash in the States. And it looks like they’ve done it by wrong-footing the Super Bowl completely. "Behind the Scenes of the Mega Huge Football Game Ad Newcastle Brown Ale Almost Made” from Droga5 and starring Anna Kendrick left the brands who forked out millions for air time looking rather dull. It’s notched up over 4million hits and has generated a lot of chatter – oh and it’s very funny. But then that’s what happens when you work with a Geordie brand. They’re canny, like.

On the night, opinion seemed pretty divided on VW’s ‘Wings’, but we’re pretty partial to a bit of whimsy. Directed by Tom Kuntz and with creative from Argonaut it sees German engineers earning their stripes…

Adobe
Adobe celebrated the brands that best played 'off the field' during the Super Bowl with this super smart and very funny film. Along with monitoring and rewarding the brands that played best 'off the field' through real-time marketing on Sunday, 'Quiet' taps into the effects of second screen viewing with a scene that's all too familiar of a 2010s Saturday night in with ma and pa.
view more - Trends and Insight