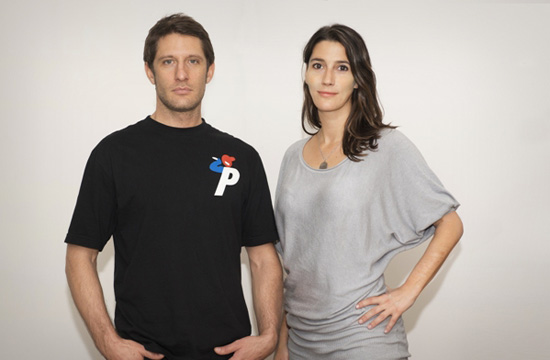 The pair will work across all aspects of the agency’s business as Creative Directors. Coming most recently from BETC Euro RSCG Paris and Ogilvy Paris, the duo have also worked at some of New Zealand’s top agencies, including Mojo, DDB and Colenso BBDO.

Says Wilson: “Emmanuel and Estelle are hugely talented and have an ability not only to arrive at a great idea, but to apply impeccable craftsmanship to it. They have already had plenty of exposure to this market with their NZ experience, but not to the extent they’re so accustomed to things they stop asking questions. We’re very excited about the influence their thinking will have on the agency and our clients”.

Bougneres and Nollet are also enthusiastic about contributing to CHE Proximity’s transformation.

Says Bougneres and Nollet: “When ideas tell the truth, when they’re fresh and ahead, then everything can be taken further. The proliferation of new communications media not only broadens the creative playground but also strengthens the link between brands and consumers. This is one of the main goals of advertising. That’s why we’re thrilled to join CHE Proximity in Melbourne. The vision of Chris Howatson, Leon Wilson, and their crew is rooted in the moment, enthusiastic, and relevant”.

The appointments are the latest addition to the agency which has experienced a renaissance in the past 12 months under the stewardship of Managing Director Chris Howatson, transforming its business model and winning an unprecedented amount of new business.