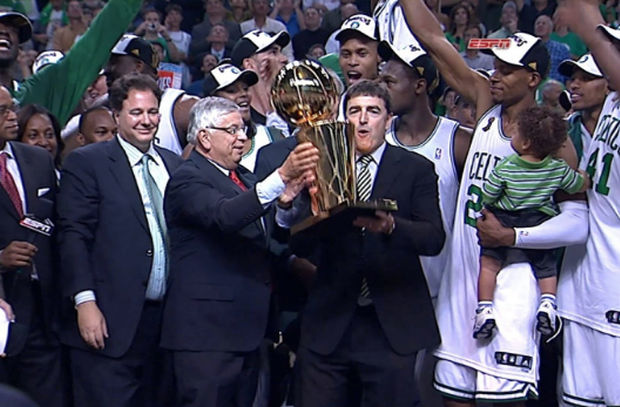 One year after The Auerbach Center at New Balance World Headquarters opened its doors for the first time, the Boston Celtics are launching 'The House That Red Built' – a 27-minute documentary highlighting the development and detail of the team’s first-rate facility.

“This documentary offers Celtics fans a unique glimpse into the detailed process, effort, and inspiration that went into envisioning, designing, and building this unique facility from the ground up,” said Celtics Team president Rich Gotham.

In addition to behind-the-scenes video footage of the building’s external and internal development, the documentary includes interviews with Celtics Lead owner and Governor Wyc Grousbeck, Celtics president of Basketball Operations Danny Ainge, and Gotham. It also provides context to the relationship between the Celtics and New Balance, in addition to the original connection between the Davis family and Red Auerbach.

“New Balance is extremely proud to join with the Boston Celtics in honoring Red Auerbach’s professional achievements and personal values of teamwork and integrity through the opening of ‘Red’s House’ at Boston Landing,” said Jim Davis, chairman at New Balance. “Red Auerbach was a true entrepreneur whose passion for winning and dedication to the sport of basketball and the Boston Celtics was equally matched with his commitment to people and the Boston community.”

'The House That Red Built,' produced by ELEMENT Productions in partnership with the Boston Celtics, is now live for viewing on Celtics.com and the Celtics’ official YouTube and Facebook channels.