The vice president and executive creative director at BETC Paris on events that shaped his leadership style, from the unpleasant job of firing 20 people at once to shifting to remote working during the coronavirus pandemic 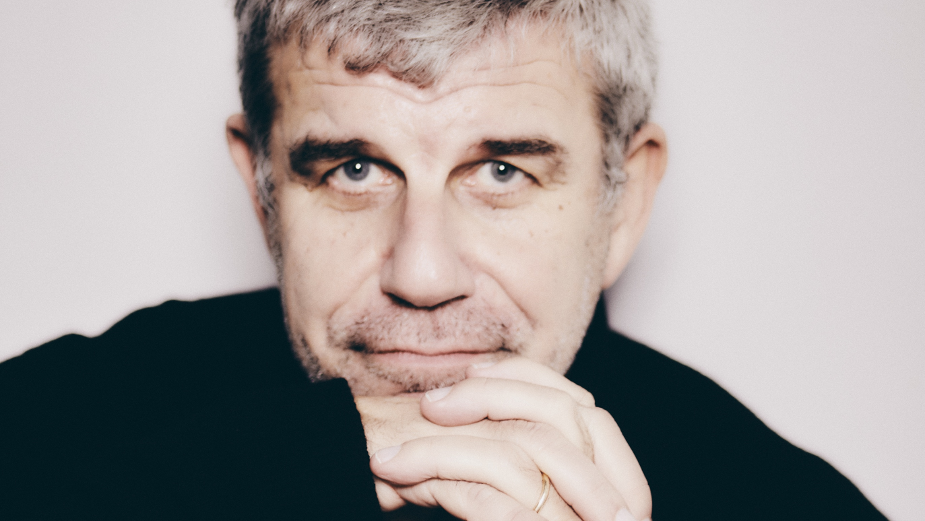 Alasdhair Macgregor, vice president and executive creative director at BETC Paris, was born in Woking, UK, and lived in England until he graduated in History at University College London. The son of a journalist, for some time he also experimented with his father’s profession and then he came across what would prove to be his life’s passion: advertising. Between the ‘90s and today he’s worked in Milan, Brussels, Barcelona and Paris with long professional stays in the United States, India and the Gulf countries. Among the companies he has worked for are Publicis, TBWA and today BETC, where he manages a large creative department.

I was working for McCann-Erickson at the time and I was still very green. The agency sent me to Detroit to work on a General Motors launch. I was in awe of the task, the place, the people. However after two days I decided that we were going nowhere and went off on my own with a couple of guys from Santiago in Chile and one day later, I and the guys cracked the campaign. The creative director was very pissed off but the client loved (and in the end produced) our idea, so the end justified the means.

I had the good fortune to study History at University College London and studied Military History. I learned there were two types of leaders in battle. One leads from the front, astride a charger with sabre in hand, the other sits at the back with maps and charts and asks people to do stuff. The real question is not which type of leader to be but how to be both, which one to choose to be, and when.

What experience gave you your biggest lesson in leadership?

I was ECD at Publicis in Italy when Maurice Levy decided to buy Leo Burnett and D’Arcy Masius Benton and Bowles (remember them?). There were too many creatives and I had to fire 20. I decided to do the unpleasant job myself and took two days. At the end of it I was a nervous wreck, but it had to be done. When you fire, do it quickly and immediately. Because the person/people you need to let go will subconsciously cause you stress, and you will automatically start avoiding them and treating them, let’s say, harshly. Which is doubly unfair on them.

On my first day of advertising. My first creative director was such a great guy that I wanted to be him, simply put. So I studied everything he did and how. Then when I had learned all I could, I moved to another creative director who could teach me other things about leadership.

In my case I think it is 70/30. I believe that the better the environment the better the work. I am not the kind of guy who has a massive ego, who feels that stress is a stimulator of ideas, not in work or elsewhere. Also because I like going to work (even virtually) so why should I make it unpleasant? I learned on the job. I have never been on a course. I read a lot. I keep my eyes and ears open and don’t talk much. At BETC they call me Grumpy. But they mean well.

Letting people go. Horrible. Even if they deserve it. Like I said, I just get it done then go and get drunk.

Every time I lose a pitch. I wrap myself in doubt, and self-pity and what-ifs, and it’s all my fault. Then I think of what my Mum always told me about feeling sorry for yourself - it never did anybody any good - and I pick myself up and get on with it. Fortunately I win more pitches than I lose or I would be a basket case.

I am a terrible poker player. My face is like Times Square, you can read everything. Therefore, I don’t try to dissimulate. At the same time, I try to be as considerate, as inclusive and as understanding as possible.

Last year has seen the industry confronted with its lack of action/progress on diversity and inclusion. As a leader how have you dealt with this?

At BETC, the chairman is a chairwoman, the president of the agency is a woman, 80% of top management is female. Unfortunately the creative department is mostly male. We need to attract more female talent. And not only female but also make advertising appealing to second or third generation immigrants who want to express themselves, their talent and bring their own vision of the world to our business.

Precisely because the agency is strongly staffed by women BETC is about togetherness and determination and respect. Again these are easier to keep alive than other cultures which require physical presence. The truly difficult thing to keep alive is the human aspect of this fabulous business. Notably in presentations to clients. But we’ll be back.