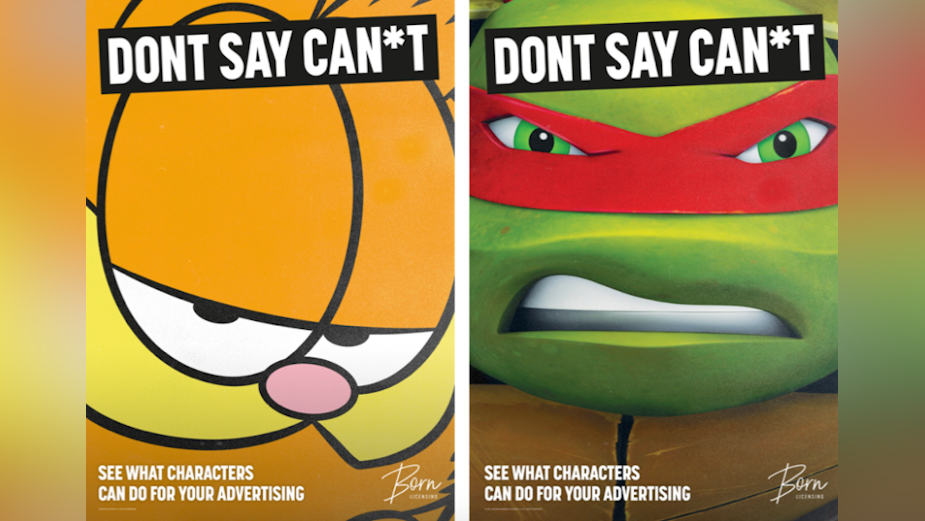 Leading licensing agent Born Licensing has launched its first ever creative campaign targeting UK adland. In a unique mash-up, the firm is deploying a crack team of well-known characters to challenge the can’t-do attitude the industry has relating to the use of licensed characters in creative campaigns.

In an industry first, Born Licensing illustrates the engaging use of characters in ads, bringing together SpongeBob SquarePants, Grumpy Bear from the Care Bears, 90s icon Daria, a Ninja Turtle, Garfield, Beavis from Beavis and Butthead and Mr. Grumpy from Mr. Men Little Miss. The bold creative tells the industry ‘Don’t Say Can*t’ and encourages adland to explore the realms of possibility that come from licensing fictional characters to engage and connect with audiences. 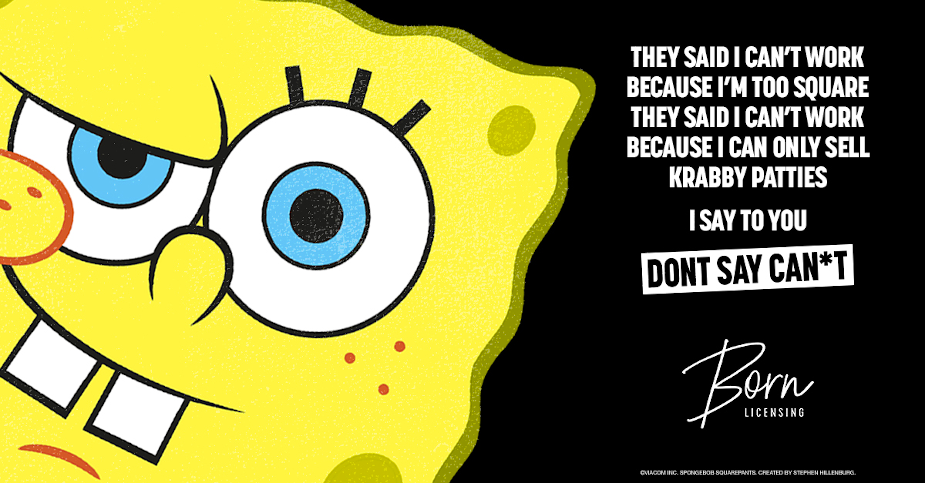 The campaign comes a month after Born Licensing published their first ever white paper which addresses how fictional characters are under-utilised in advertising.

The campaign has been created by creative duo Will Grave and Sander Vos with designs by Xavier Segers. The campaign will be running across digital channels from 26th April. 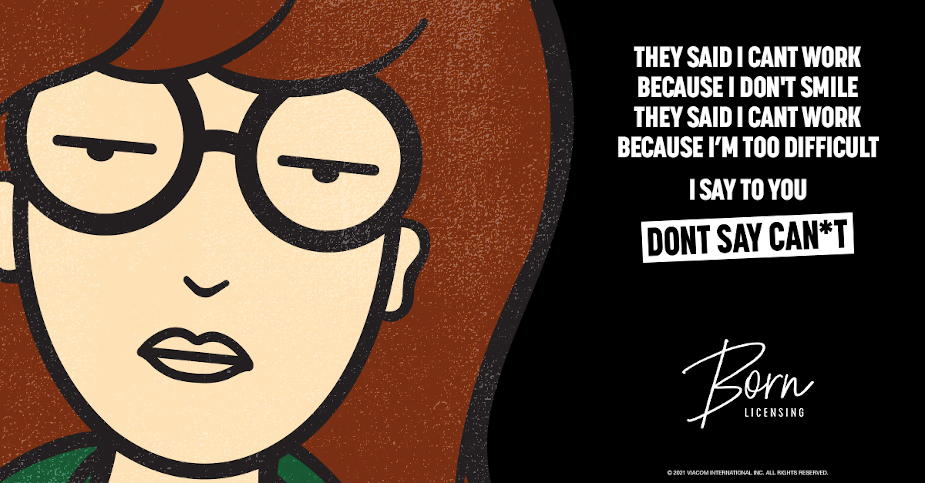 David Born, Founder of Born Licensing, comments, “There is so much potential to be explored with licensing fictional characters – their use really does make people sit up and take notice, especially in a B2B campaign. They’re hugely and instantly recognisable, carry very positive associations to audiences, and their use is tremendously flexible – as shown with the success of the He Man and Skeletor ads for MoneySupermarket, and Robocop, Bumblebee and Donatello for Direct Line.

“When our research showed that most creatives would love to use them but consider the process too arduous, we knew that we had to do something to bust this myth. License holders are a lot more open to their characters being used in advertising than people think. We wanted to show the industry that they should see endless possibility when they think of character licensing, rather than perceived obstacles.”

Will Grave added, “After 10 years in this industry, Sander and I have probably heard a ‘thousand’ cants in meetings over the years before an idea is even given the chance to flourish. This campaign is a challenge to this can’t do attitude, delivered by an iconic cast of characters. It was a lot of fun to develop a tone of voice for them individually, one in keeping with their character too, especially 90s favourite ‘Daria’. Having worked directly with Born Licensing, every step along the way they have been a creative client, willing to push the envelope and make good work. We’re confident for the creatives out there who want to reboot some of their favourite characters in their ads, they will never say ‘cant’ to you.”

Sander Vos added: “It’s a unique challenge to design creative which is targeting other creatives. That’s why we felt that this campaign needed something bold and impactful. Luckily we had the opportunity to deploy an all-star team of characters to deliver this. Through the use of cropping and bold typography we aimed to display these icons in a motivational and unexpected manner.” 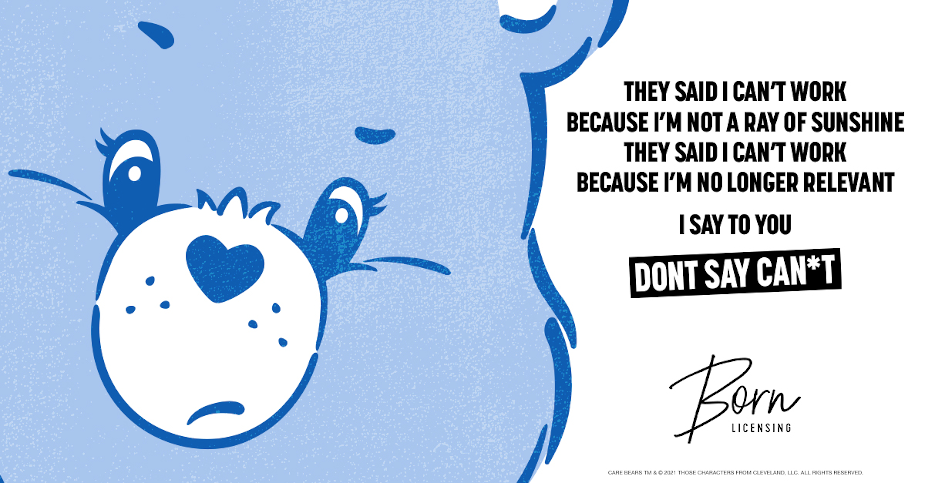 The campaign is supported by a Don’t Say Can*t manifesto with a message from Born and all creatives, available here.

Creative with Character: How to Land on the Perfect Character for Your Next Ad

Creative with Character: The Nostalgia Club
View all News