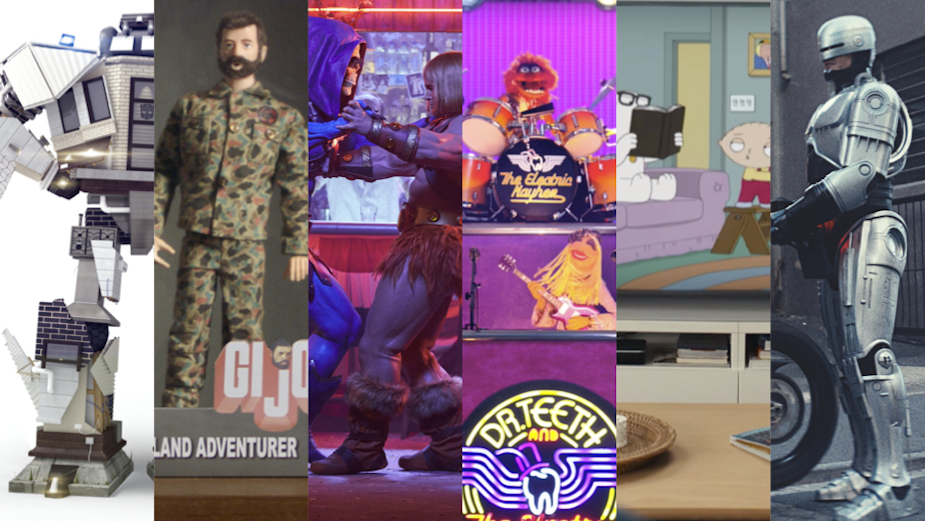 On a sunny Melbourne day in December 2007 David Born arrived at a small quaint building for a job interview. He was 20 years old. The previous day he had quite naively had a falling out with his current boss. He had spent the afternoon and evening applying for a number of jobs. A company called Haven Licensing had asked him for a job interview the following day.

Before entering the building, he noticed a huge cutout of Homer Simpson staring back at him. Inside at reception was an enormous SpongeBob SquarePants plush, Spiderman posters and Dora the Explorer toys. He felt as if he had walked into a child’s dream. However, he couldn’t quite understand what these characters had to do with the role he was about to be interviewed for.

He sat through the interview not really getting his head around the business at all, but knew whatever it was he desperately wanted in. Days later he was offered the job, and that started what is now a 15-year love affair he has had with brand licensing, an industry that manages the licensing of popular characters and IP primarily on consumers products.

He went on to work in the licensing divisions of Warner Bros. and Cartoon Network, and worked with major entertainment brands including Marvel, Star Wars, DC Superheroes, Looney Tunes, SpongeBob SquarePants and hundreds more. While at Warner Bros. he had worked on a number of projects in the advertising space such as Patrick Jayne, Simon Baker’s character from ‘The Mentalist’, featuring in ANZ banks advertising campaign for a number of years.

After working in the licensing industry for ten years, David had a lightbulb moment. Advertising was full of celebrities, sports stars and musicians, but not many well-known characters or clips from film, TV and animation.

So, in 2014 David opened the doors of Born Licensing, a unique licensing agent with a mission to make it easier for the advertising world to license characters, clips and other IP in their work.

He signed unique representation agreements with major rights holders to represent this specific area of their licensing business, such as Hasbro and Nickelodeon who owned famous characters and brands such as Teenage Mutant Ninja Turtles and Transformers.

Born Licensing now represents an incredible portfolio of brands owned by the likes of Universal Studios, MGM, Hasbro, Mattel, Nickelodeon and many more as it relates to their characters and clips being used in advertising. They also work with other Rights Holders including Disney, Warner Bros. and Sony Pictures.

Throughout this piece, David Born highlights one of his favourite campaigns from each year Born Licensing has been in business.

Our first ever campaign was one we’ll never forget! Leading Australian homebuilder Simonds Homes and their creative agency T20 Group came to us with the very ambitious idea of creating a bespoke Transformer made entirely out of building materials and home products. The unique Transformer was introduced to Australians on AFL Grand Final Day.

As Hasbro’s licensing agent, we managed the licensing from start to finish at no cost to Simonds Homes or T20Group.

David Born says: “When I launched Born Licensing I had never anticipated that my first ever campaign would involve building a Transformer out of a house. But in October 2015 that’s exactly what happened. I think business owners tend to cherish their first ever job, work or campaign, and I definitely feel that way about this. It was such an eye opening experience, but more importantly validated the business I had started. It made my business feel legitimate.”

To celebrate their all-new turbocharged Levorg, Subaru and their agency Disciple had the ‘out of the box’ idea of featuring a popular toy on an adventurous day out. Classic action figure G.I. Joe starred in the spot which featured him riding a jet ski, practising karate and exploring a cave.

As Hasbro’s licensing agent, we managed the licensing from start to finish at no cost to Subaru or Disciple.

David Born says: “One of our favourite projects from 2016 was this one. It was a lot of fun to see such an iconic action figure like G.I. Joe come to life! I remember a moment of anxiety when we had to arrange for the authentic G.I. Joe figures to be sourced from a collector in the US. They had to be returned in pristine condition and considering the action figure gets stuck into sand, rides on water and lights a match I was a bit worried! Of course, the production team ensured the various G.I. Joe figures were cared for and they were returned in the same condition, thank goodness!”

Earlier in the year, Moneysupermarket had launched an EPIC campaign starring He-Man and Skeletor from 'Masters of the Universe'. It had been very well received, but it was time to take things to the next level. Cue He-Man and Skeletor recreating the iconic moves from 'Dirty Dancing'. It went viral, trending on Twitter across three different hashtags, generating 35,000 mentions an hour and over 27 million views in the first few days.

We managed the licensing of the He-Man and Skeletor characters as well as the 'Dirty Dancing' choreography on behalf of Moneysupermarket and their agency Mother London.

David Born says: “This is the campaign that really put Born Licensing on the map. It was an incredible project to work on and shows how impactful iconic characters and film elements can be in advertising when teamed with brilliant creative and top-quality production. This remains my go-to campaign if someone from the UK asks what my company does. All I have to say is ‘you know that advert with Skeletor and He-Man dancing to Dirty Dancing?’ and almost 100% of the time it brings a smile to their face because it was so memorable, even years later.”

Barclaycard celebrated the perks on offer with Barclaycard Entertainment by enlisting the world famous characters from The Muppets! Floyd Pepper, Kermit, Miss Piggy, Animal, Fozzie and Gonzo starred in the campaign. We worked in partnership with Talent Republic who managed the talent.

We managed the licensing of The Muppets on behalf of Barclaycard and their agency AKQA London.

David Born says: “The Muppets are such colourful characters, each instantly recognisable and with strong personalities. Like a lot of people, I grew up knowing who The Muppets were. And importantly so did the generation before me, and the generation after me. Characters like The Muppets who have generational awareness and broad popularity amongst different age groups creates huge value in the advertising space.”

To demonstrate the joy of take away, restaurant delivery company Just Eat launched their first global campaign via newly appointed agency McCann London. 'Did Somebody Say Just Eat', features a couple deliberating whether to order a takeaway in front of their TV, which comes to life with the new catchy jingle. Popular animation Family Guy was licensed as part of the TV sequence.

As 20th Century Fox’s licensing agent, we managed the licensing from start to finish at no cost to Just Eat or McCann London.

David Born says: “McCann were looking for an instantly recognisable and popular animation for this spot and we suggested around 50-60 options to choose from initially. In the end we all agreed that Family Guy was the perfect selection, with Stewie and Brian Griffin fitting into the spot nicely.”

This brilliant work by Saatchi & Saatchi London for Direct Line showed just how powerful famous characters can be when written into brilliant creative. RoboCop, Donatello from Teenage Mutant Ninja Turtles and Bumblebee from Transformers all look incredible in these 60” films.

As licensing agent for Hasbro, MGM and ViacomCBS, we managed the licensing from start to finish at no cost to Direct Line or Saatchi & Saatchi.

David Born says: “This was the biggest project we’ve ever worked on. We worked with Saatchi & Saatchi and Direct Line for twelve months before the campaign went live, helping them explore 150 different characters. In the end they chose three characters to license across three different 60” films. Working on these at the same time was a massive undertaking, but thanks to our experience and strong relationships with Hasbro, MGM and ViacomCBS we managed the licensing from conception to going live, ensuring as smooth a process as possible.”

David Born’s vision is a world where characters and clips from film, TV and animation feature in advertising as often as celebrities, sports stars and musicians. “Featuring well-known characters and moments from film, TV and animation can be so powerful in advertising", he says. "There is no reason why we shouldn’t see a popular character appearing in every ad break, on more billboards across the country, in more social advertising and throughout more newspapers and magazines. It’s a tried and tested way cut through the clutter and grab the attention of the consumer.”

As Born Licensing celebrates their sixth anniversary, they’re excited about the fun projects that lie ahead.

David Born concludes: “I’m lucky to have what I think could be one of the funnest jobs in the world. We get to talk about famous characters all day while working with the incredibly talented people that want to include them in their work. I often have to pinch myself when I think about my days ahead, full of ninja turtles, minions, superheroes and other popular characters!”