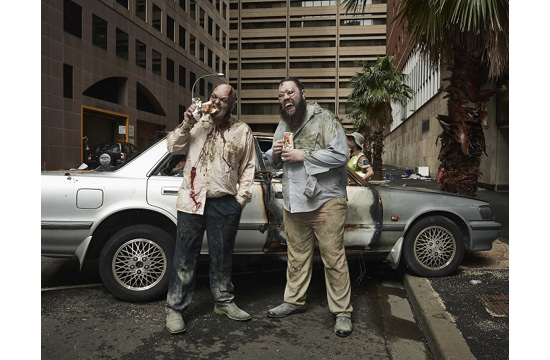 Sydney agency The Monkeys has created three short films for Boost Mobile in a collaboration with director Matt Devine at The Glue Society (Revolver).

The films are part of a campaign called ‘Stay Living’, which follows a group of friends through a zombie apocalypse.

“Boost is a brand that ultimately believes in freedom and non-conformity,’ says Micah Walker, Executive Creative Director at The Monkeys. “And with this campaign, we really wanted to engage the audience with a series of offers that played to that belief, and did so in an unexpected way.”

“This idea of ‘Stay Living’ is obviously a point of view on the world, but rather than hold a mirror up to reflect reality we wanted to wrap it all up in a story that was entertaining and unconventional. Standing against a world of zombies just made sense,” says Walker.

As part of a targeted blogger outreach strategy, the films feature popular bloggers including Kimmi Smiles, a zombie-loving 21 year-old who has almost 168,000 subscribers to her YouTube channel, and Louna Maroun, a vlogger with more than 50,000 followers.

Check out the 'Stay Living' Tumblr Gifs at: http://staylivingzombies.tumblr.com/