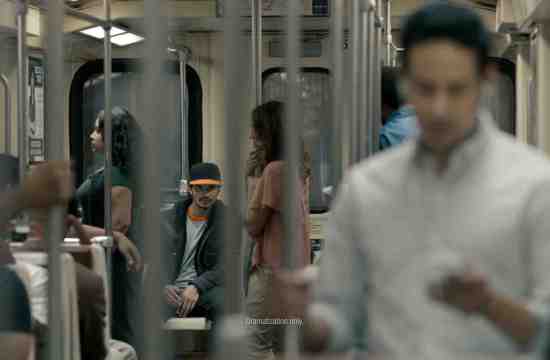 Boost Mobile and 180LA team up for a new campaign to promote Boost’s Monthly Unlimited no-contract wireless service plan featuring shrinking payments. The work demonstrates how when Boost is your provider, they put money back in your pocket, literally.

The first spot, “Pickpocket,” directed by Rattling Stick’s Danny Kleinman, begins airing today, set in an underground subway where a mugging is about to take place on a crowded train. Instead of getting robbed, however, the surprised individual reaches into his pocket to find more money in his wallet instead of less. With Boost Mobile, once a customer makes six on-time payments, monthly payments shrink by $5.

The campaign launches with a :30 TVC, "Pickpocket," and rolls out with two more :30’s later in the year. The spot will air on more than 14 networks and cable TV stations, including ABC, NBC, FOX, CBS, FX, SPIKE and TBS.

“Boost Mobile has long prioritized consumers’ wireless rights, and ‘You Earned It’ is an invitation for consumers around the country to join us and stand up for themselves,” said Peiti Feng, director of brand strategy and marketing communications-Boost Mobile. “Don’t allow other wireless carriers to rob you. Instead, allow Boost Mobile to put money back in your pocket with shrinking payments. We are committed to rewarding customers without requiring a contract.”

Boost Mobile has become a leader in the no-contract wireless category, as the only provider to actually reward customers with cash back in their pocket by shrinking their payments, an unexpected and unique perk in the prepaid market.