Books on the Underground Banishes Boredom

Leo Burnett creative sets up charity to get commuters reading 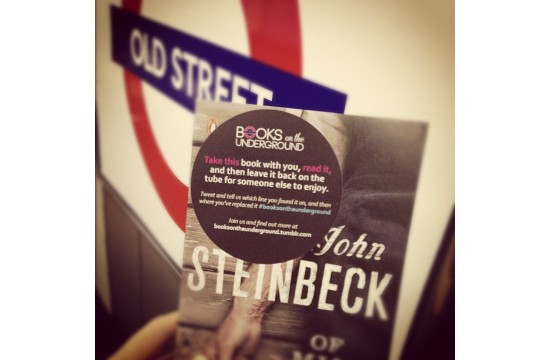 Hollie Belton, a creative at London ad agency Leo Burnett, has set up a charity to help combat one of the many common annoyances of London Underground travel: boredom.

Books on the Underground is as simple as it sounds; books travelling around the London Underground network waiting to be read. “I started it by leaving my own books, or raiding charity shops” says Hollie Belton, who established the movement last year. “The idea is to take an incredible book you want to share with the world, sticker it up, and leave it on the tube, where it can be taken, read, shared, and most importantly, enjoyed. Think of us as your local library, but without the late fees. Just be sure to put them back when you've finished.”

Belton designs and prints all the Books on the Underground stickers herself, and sites her love of reading as the sole inspiration behind the non-profit scheme.

A social media element to the campaign adds to the excitement, with participants encouraged to tweet the whereabouts of the books they have found or deposited. This makes it possible for passengers to follow the magical underground journey of the books they discover, with many people posting photos of their books being picked up or passed on.

Books on the Underground is inviting publishers and authors to get involved, and Belton is constantly on the look out for new and fun ways to spread the idea, such as limited edition 'Love on the Underground' stickers – a collaboration with Mills & Boon for Valentine's Day 2013.