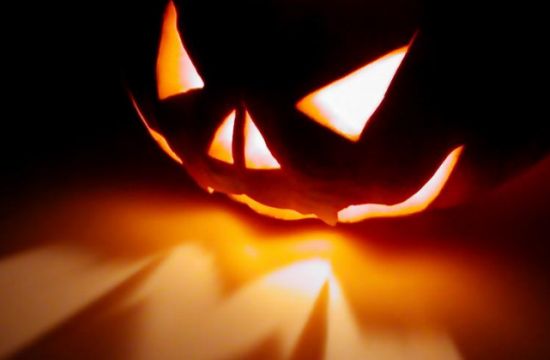 Research unveiled today has highlighted the growth of the ‘Halloween’ market in the UK: six out of ten consumers (59%) and over three-quarters (77%) of 18-24 year-olds now celebrate the event, which has been traditionally as bigger market in the US.

However, only one in ten Brits (10%) has a local shop that they consider a good source of Halloween items and a mere 4% buy their scary pumpkins, Trick or Treat sweets and/or fancy dress costumes online.

As a result, over one in five (21%) say that they would use a pop-up shop to buy Halloween-themed products if one opened near their home or workplace. This increases to 36% among the Halloween-friendly 18-24 year-olds. Supermarkets also play an important role over this period, with 21% of UK shoppers saying they buy Halloween-themed items from their local store.

The survey of 2,000 UK adults was commissioned by  retail and shopper creative agency Live & Breathe. Managing director Nick Gray notes: “Pop-up shops are ideal for seasonal markets like Halloween but aren’t used nearly as much as they should be. Last year, YouGov research suggested British consumers would spend as much as £650m on Bonfire Night and Halloween.

“UK retailers are missing a trick and could learn a lot from the US. Take Ricky’s as a case in point. The online fancy dress retailer uses pop-up shops tactically, with around 30 temporary stores in New York for the Halloween period. The etailer also uses this as a test-and-learn exercise to identify where the most fruitful locations might be to open a permanent store.

“Fancy dress and decorations shops are thin on the ground most of the year, and with 7,000 empty retail units in London alone, and the huge demand our research has identified, there’s excellent scope for highly profitable seasonal pop-ups.”

Bonfire Night is another key seasonal market where pop-up shops could be valuable assets, particularly for Roman Candles, Catherine Wheels and the like: Live & Breathe’s research also found that 61% of shoppers celebrate Guy Fawkes’ Night (jumping to 81% of 18-24 year-olds) and eight out of ten of those who do so (79%) buy fireworks.

Nick Gray continues: “The Halloween and Bonfire Night industry is growing and presents a real opportunity for pop-up retailers. According to the Financial Times, one business saw its online sales increase 300% during its pop-up shop residency while another won a contract to supply John Lewis. The US is leading the way in terms of responding to shopper interest in this type of space and UK retail would be well advised to follow suit.

“If pop-ups are considered, planned and executed properly and not used simply for the sake of having one, then they can be incredibly valuable. With more ways than ever to reach consumers pop-ups should no longer be viewed as the poor cousin of the high street. In fact, pop-ups are everything that makes for a successful modern bricks-and-mortar retailer: local, agile and relevant to what shoppers want right here and now.”