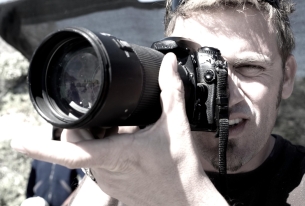 Bomb Commercials is known for its creative and contemporary take on stories that are uniquely and authentically South African. It is with great excitement that Bomb Commercials announces the signing of established director Dule Anicic. Dule joins the highly rated directorial team of Teboho Mahlatsi and Tebogo Malope with Gavin Joubert and Marc Harrison at the helm. Gavin Joubert, Executive Producer of Bomb Commercials shares some insight into the signing “We have been looking for quite sometime for a person that fits in with our close knit Bomb family.  We felt that we needed a director whose talent brought a fresh approach to what we already have and we are so happy to welcome Dule to our small and personal team. Gavin goes on to say “Dule brings a diverse style and has a unique take on humour and visual performances with a sexy twist.”

Dule’s sequence of commercial credits include campaigns for Volkswagen, Nike, Nedbank, Barclay's as well as Nando's, KFC and Sprite.

Before Dule directed his first commercial in 2001, he studied and learnt every aspect of filmmaking whilst working as a sound designer, editor, DOP. Dule continued to hone his craft as a film director. Dule is recognised for his collaborative working relationship with advertising agency creatives, his thorough understanding and handling of his clients’ needs and his ability to tell a complete, visually interesting and compelling story all in 30 seconds.