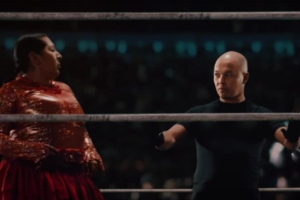 Get ready to rumble! El Ojo de Iberoamérica, the international festival for Latin American advertising, has just launched a trailer that's got plenty of fighting spirit.

The film follows the story of Chin Chin, a Bolivian 'cholita' (a female wrestler) who travels to Argentina and takes on the world. It was directed by Marcus Alqueres, who shot it with production company O2 Films on location in Bolivia. The creative was devised by agency Santa Clara.